Four years after launching an iPad app that allowed you to use an Apple tablet as a second screen for a PC or Mac, Duet Display is now available for Android.

Just install a Duet app on your computer, fire up the app on your tablet or phone and you can use your mobile device as if it were an additional monitor.

Oh, and since most Chromebooks these days support Android apps, you can also use Duet to turn a Chrome OS device into a second screen for a Windows or Mac computer. 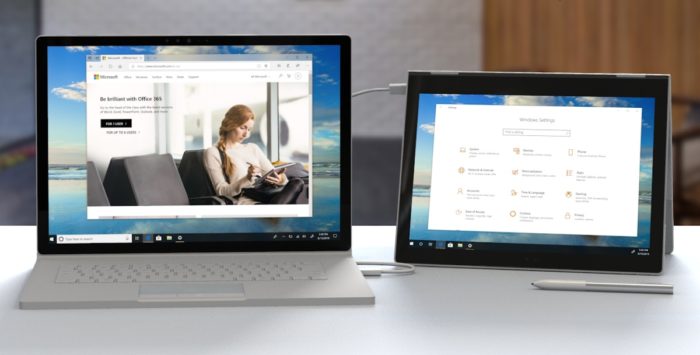 Duet can work over a wired (USB-C) connection or wirelessly, and the company promises the app produces zero lag and runs at 60 frames per second.

With a list price of $20, Duet is rather pricey for an Android apps… but still a lot cheaper than buying a portable display that only acts as a display. And for a limited time, it’s half off in the Google Play Store — you can buy it for just $10 at the moment.

While the Android tablet market hasn’t been all that exciting in recent years, Duet’s decision to offer an Android app makes sense for a few reasons. First, Android is the world’s most popular smartphone OS and there are bound to be at least a few folks out there who’d like to run something like this on an Android tablet.

Second, Duet’s iPad app is about to become redundant. Apple’s new tablet operating system (iPadOS) includes a feature called Sidecar… which basically does the same thing as Duet, with no third-party software required.