The first Windows 10 on ARM devices arrived to underwhelming reviews. Sure, they delivered on the promises of long battery life and always-connected capabilities thanks to their Qualcomm Snapdragon chips with integrated 4G LTE modems. But so far most Windows on ARM devices have been sluggish and expensive.

Microsoft and Qualcomm are promising to tackle the sluggishness with the upcoming Microsoft Surface Pro X tablet, powered by a new Microsoft SQ1 processor.

And now it looks like Chinese PC makers are getting ready to tackle the price issue by releasing cheaper Windows on ARM devices.

Update: It looks like Pipo is just the tip of the iceberg. Notebook Italia spotted five more Windows devices with Snapdragon 850 processors and screen sizes ranging from 10.8 inches to 13.3 inches. 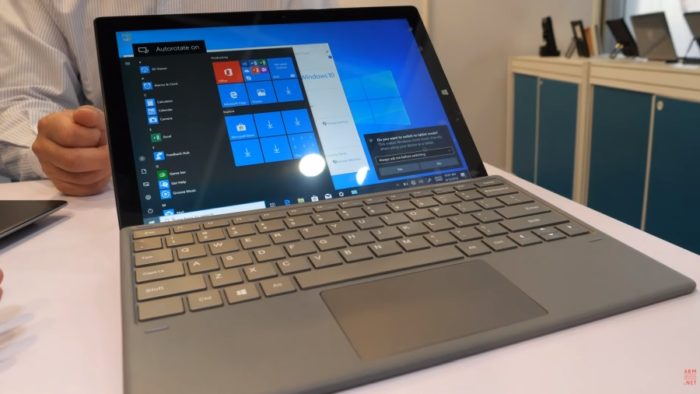 Case in point: Charbax caught up with Pipo at the HKTDC Electronics Fair and got a look at several new Windows computers with Qualcomm Snapdragon 850 processors.

Pipo says it can also make 13.3 inch, 14 inch, and 15.6 inch clamshell-style laptops which could also be powered by Qualcomm Snapdragon chips. But the company isn’t talking prices for those models yet.