The Vivo NEX 3 is a smartphone with high-end specs including a Qualcomm Snapdragon 855 Plus processor, support for up to 12GB of RAM, triple cameras (including a 64MP primary camera), 44 watt fast charging, and it will be available in 4G and 5G variants.

But the phone’s most noteworthy feature is probably the display — Vivo says the NEX 3 has a 99.6 percent screen-to-body ratio thanks to a curved glass “waterfall display” that wraps around the sides of the phone.

That’s… probably debatable, since there are slim bezels on the top and bottom of the phone. Does a screen that extends beyond the front make up for that? I don’t know. But the VIVO NEX 3 is certainly an interesting device — since the cover glass folds around the sides there’s no room for physical buttons, so the phone doesn’t have any. 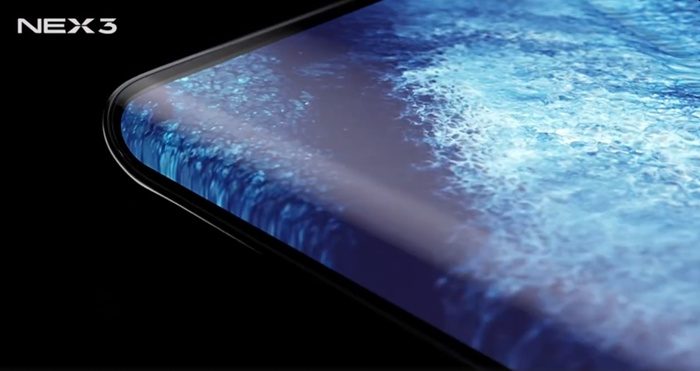 Instead the phone uses a feature that Vivo calls “Touch Sense” which allows you to trigger power and volume button key-presses by touching the sides of the phone. There’s haptic feedback to let you know you’ve found the right spot.

Intrestingly, unlike many other modern flagship phones, the Vivo Nex 3 does have a 3.5mm headphone jack in addition to a USB Type-C port.

The phone has a 16MP pop-up selfie camera, and three rear cameras: 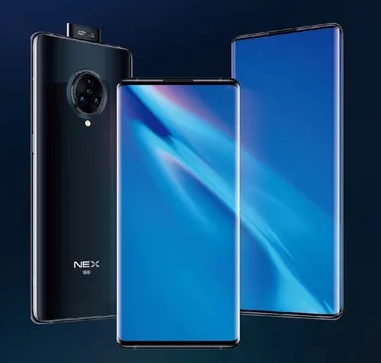 It’s not clear if or when the phone will be available in other countries, but Engadget reports that Vivo is already in talks with European wireless carriers and phone sellers and looking for a US partner to bring the smartphone to the United States at some point.

I also wouldn’t be surprised to see some of the phone’s features eventually make their way to handsets from other companies. Vivo has a tendency to be one of the first companies to launch phones with flashy new features like ultra-slim designs, pop-up cameras, or in-display fingerprint sensors. But they don’t typically stay exclusive for long.