Chinese PC makers have started selling small form-factor desktop computers with the kind of hardware you might expect to find in an entry-level gaming computer.

Measuring about 10.4″ x 7.3″ x 1.8″, the computers are bigger than a typical Intel NUC mini desktop, but they’re also a lot more powerful (and still pretty tiny compared with most desktop computers). 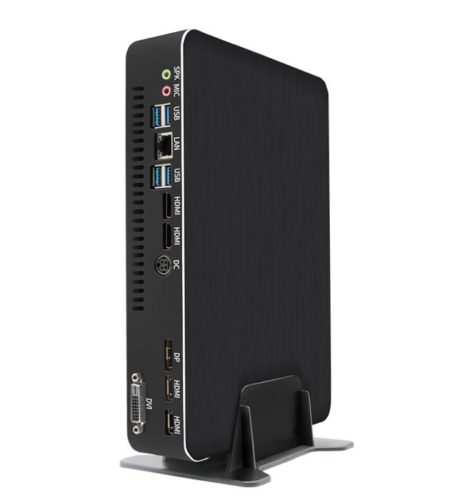 Prices start at around $512 for a model like a barebones Partaker B19 purchased from AliExpress.

This model sports an Intel Core i3-9100F quad-core processor and if you don’t want to supply your own memory and storage, you can configure it with up to 32GB of DDR4-2666 RAM and up to a 1TB solid state drive or a 512GB SSD and 1TB hard drive.

Or you can spend $595 and up on a model from MSECORE with an Intel Core i5-9400F hexa-core processor.

Both computers feature support for up to four displays thanks to two HDMI ports, a DisplayPort, and a DVI port. Yes, I know it looks like there are four HDMI ports, but the product description says two of them don’t work.