Most smartphones feature 60Hz displays, which means the screen refreshes 60 times per second. But gaming company Razer shook things up a few years ago with the launch of the first smartphone featuring a 120Hz display.

Since then a few other companies have jumped on the high-refresh-rate bandwagon. The Asus Rog Phone 2 has a 120Hz display. The OnePlus 7 Pro has a 90Hz display, and the upcoming Google Pixel 4 is expected to have one too. 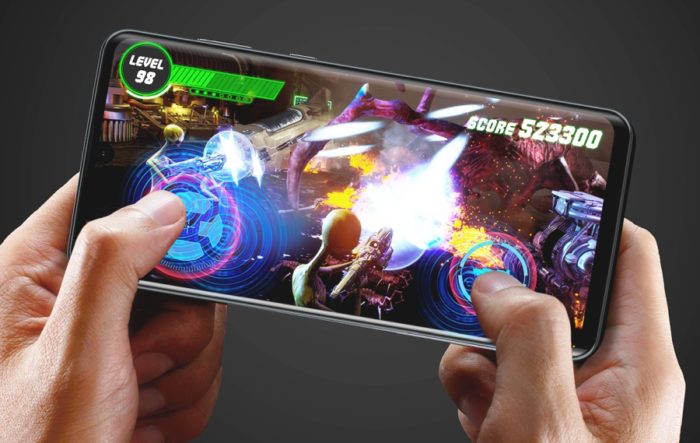 The Japanese company’s new Sharp Aquos zero2 is a smartphone with a Qualcomm Snapdragon 855+ processor, 8GB of RAM, 256GB of storage, and Android 10 software.

But it’s most distinctive characteristic is the 6.4 inch, 2340 x 1080 pixel organic EL display, which Sharp says has a refresh rate of 240 Hz, which would be higher than any other smartphone and on par with some of the best available monitors for PC gaming — if it were entirely accurate.

Sharp’s new display actually renders 120 frames per second, and then inserts a black frame in between each “to reduce after images.”

In other words, it’s not quite a true 240 Hz display… but it is something more than a typical 120 Hz display. It’s kind of rendering 240 frames per second. But half of them are are black.

That said, Sharp says the phone also features “dramatically improved” touch panel response thanks to the fact that it scans 240 times per second.

The Sharp Aquos zero2 is set to go on sale in Japan this winter.