Sony may not be making handheld game consoles anymore, but that hasn’t stopped makers from building their own. Sometimes it just takes a while.

Hacker Darkwing has managed to take the guts of a PlayStation 2 and stuff them into a portable game console, along with a screen, game controllers, batteries, and a Raspberry Pi, which is used to load games.

The end result is a handheld game system called the PIS2, and it looks pretty great. 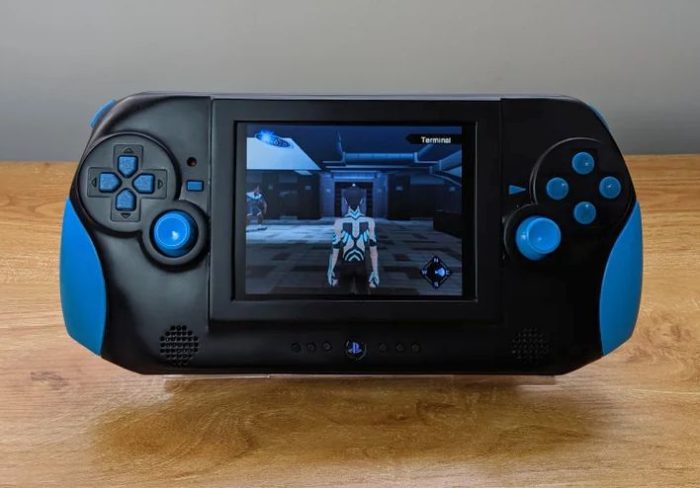 It’s also a project that took a very long time to complete — Darkwing started working on the PIS2 in 2013, put things on hold for a few years, and then documented progress starting in 2017 in a thread at the BitBuilt forum.

Now the PIS2 is fully functional, and Darkwing has posted a seven minute video showing the system in action.

According to Darkwing, the Raspberry Pi works as an SMB server, with games loading onto the PS2 hardware via Ethernet. There’s no need for emulation or for an optical disc drive, and most games run smoothly at full speed.

We’ve seen a bunch of similar projects using stripped-down Nintendo Wii hardware in recent years, and even a DIY handheld Sega Dreamcast. But I’m always impressed at the ingenuity of hackers who manage to make old hardware feel new in this way.

3 replies on “PIS2 is a DIY handheld PlayStation 2”