The folks at Pine64 have been selling inexpensive Linux laptops for a few years, and they’re getting ready to launch their first Linux smartphone.

But the team also has other products in the works, including new single-board computers, a tablet, and a previously unannounced smartwatch/smartphone companion called the PineTime. 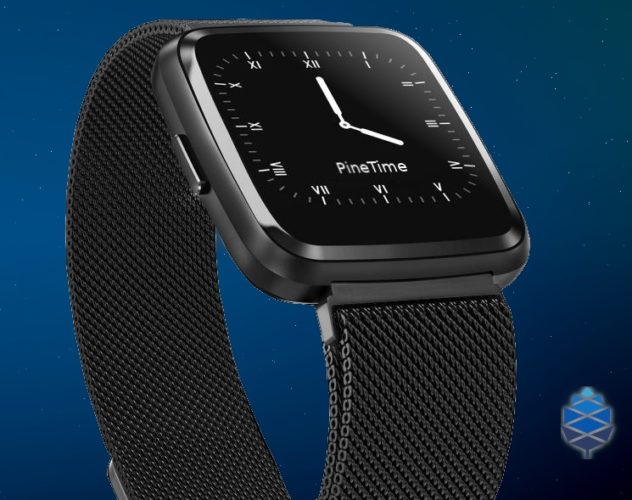 The PineTime is interesting for a few reasons. First, it’s expected to be cheap: Pine64 says it’ll sell for around $25.

Second, it’s designed to run open source software, based on ARM Mbed or FreeRTOS. The company describes the PineTime watch as a companion for Linux smartphones… you know, like the company’s upcoming $150 PinePhone.

For either or both of those reasons, it could appeal to folks who may not have wanted in on the smartphone space until now.

Just don’t expect a $25 watch to be a speed demon or to have high-end specs. There’s no word on the materials, display technology, battery life, or other features. But it does appear likely that the watch will feature a low-power, ARM-based processor (probably a NORDIC nRF2832 ARM Cortex-M4 chip).

At this point the PineTime is described as a side project, which means it’s not a top priority for Pine64. While the company says the picture above is an actual photo of a prototype, Pine64 is still seeking software developers interested in contributing to the project, and the company’s primary focus at this point will still be other upcoming devices like the PineBook Pro laptop and PinePhone smartphone.

This is the #PineTime (actual photo) – a #Linux smartphone companion and a side-project of ours. Are you a @real_FreeRTOS or @ArmMbed developer with an interest in smartwatches? – let us know. pic.twitter.com/j7ygDWNqbD

The PineTime will support Bluetooth 5.0, a heart rate monitor, and multi-day battery life and the watch features a zinc alloy & plastic case and comes with a charging dock.

Since there were questions regarding the body of the watch; yes, the watch body exists and is used by other manufacturers. We decide the internals + and customize the specs. Actual unit in picture below. Hope this clears things up. pic.twitter.com/DUiO6Ww8rI