The upcoming One Mix 3 Pro is a convertible laptop with an 8.4 inch touchscreen display, a 360-degree hinge, a backlit keyboard, and support for a pressure-sensitive pen.

The One Mix 3 Pro features an Intel Core i5-10210Y quad-core processor, 16GB of RAM, and 512GB of NVMe storage. One Netbook plans to begin selling the little laptop in China on October 7th, although it’ll probably be available through international resellers shortly after that. 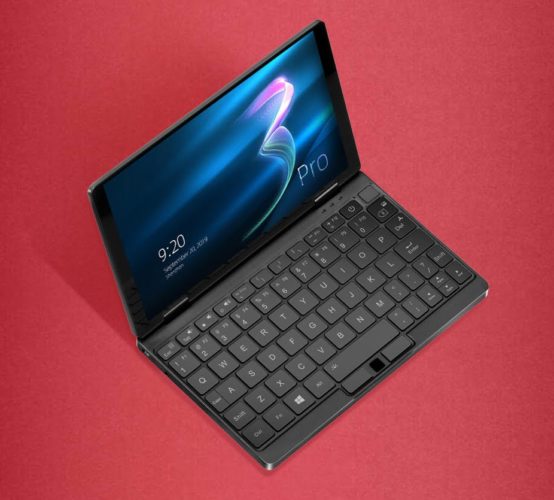 That means you still get a compact notebook that measures about 8″ x 5.1″ x 0.6″ and weighs about 1.5 pounds. You still get an 8.4 inch, 2560 x 1600 pixel touchscreen display and support for an optional pen with 4096 degrees of pressure sensitivity. And you still get a optical touch sensor in lieu of a touchpad, a fingerprint scanner, and a decent selection of ports including micro HDMI, USB 3.0 Type-A, USB-C, headset, and microSD card reader.

So really the one thing that’s changed is the processor. And the name, I guess.

That’s still a low-power, 7 watt processor. But the new chip is a quad-core processor, which means it has twice the CPU cores which could lead to improved performance for multithreaded applications.

That said, this particularly processor has the same Intel HD 615 graphics technology as its predecessor, so don’t expect a huge improvement in gaming or image & video performance. You’d need a 10th-gen Intel Core “Ice Lake” chip for that — but those processors seem to be a bit harder to come by at the moment.

For the sake of comparison, here’s a quick overview of some of the key features of the chips One Netbook offers in the One Mix 3/One Mix 3 Pro:

Update: GeekBuying is selling the One Mix 3 Pro for $950 and up (with coupon codes):