After launching the Red Magic 3 gaming smartphone earlier this year, Nubia is introducing an updated model with a faster processor and faster storage.

The Red Magic 3S goes on sale in China September 9th and a global launch is scheduled for October. 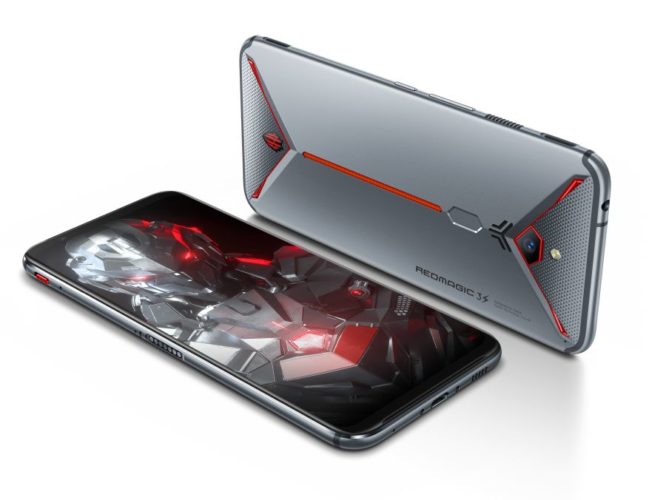 While the original Red Magic 3 had a Qualcomm Snapdragon 855 processor and up to 256GB of UFS 2.1 storage, the new model packs a Snapdragon 855+ and UFS 3.0 storage.

It keeps just about everything else about the original Red Magic 3, including the phone’s 6.65 inch, 90 Hz FHD+ AMOLED display, capacitive shoulder buttons, front-facing stereo speakers, support for up to 12GB of RAM, and a 5,000 mAh battery with support for 18 watt fast charging.

The new model also keeps what may be the most distinctive feature from the original — an active cooling system that uses both liquid cooling and a “turbo fan” to keep the phone from getting too hot during marathon gaming sessions.

Global pricing hasn’t been announced yet, but Nubia says in China a model with 8GB of RAM and 128GB of storage will sell for ¥2999 ($420), while a 12GB/256GB version will sell for ¥3799 ($530), making this a surprisingly affordable phone considering its bleeding-edge specs.