The folks at SNK tried to cash in on the retro gaming console craze last year with the launch of the Neo Geo Mini, an oddly-shaped portable device that looked like a tiny arcade cabinet.

Now the company is trying something a little different.

The upcoming Neo Geo Arcade Stick Pro is basically a game controller that you can plug into a TV to play 20 pre-installed Neo Geo games.

Or… you can just use it as a joystick if you want a retro-style game controller for use with your PC or other devices (including a Neo Geo Mini). 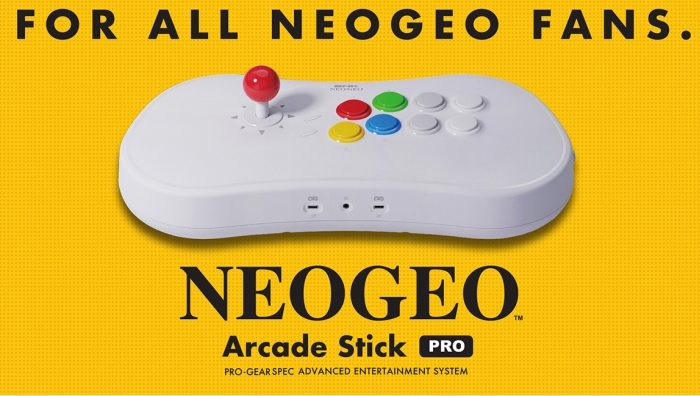 Other features include an HDMI port, USB port, power input port, and headphone jack. And there are also inputs for Neo Geo Mini game controllers — because when you’re using this joystick as a game console, you have the option of plugging in two other joysticks for multiplayer games.

SNK hasn’t announced pricing or a launch date yet, but the company says the Neo Geo Arcade Stick Pro will be available world-wide.

Update 9/20/2019: SNK has released some more pictures and details: the system will have two USB Type-C ports as well as a Type-A port, and it will measures 16.9″ x 8.4″ x 4.9″ (I assume that last dimension measure from the top of the joystick to the bottom of the controller.

Plus, now we have the complete list of games that will be included: