The Embest MaaXBoard is a single-board computer that looks a lot like a Raspberry Pi with a few extra connectors on the board. But instead of a Broadcom processor, it’s powered by an NXP i.MX8M quad-core chip… the same processor used in Purism’s Librem 5 smartphone.

Embest is selling a MaaXBoard with 2GB of RAM for $60, which makes it about one third the price of similarly-specced PICO-PI-IMX8M I wrote about last week. 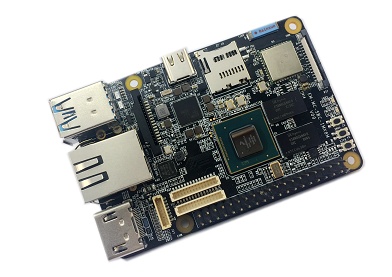 There are also three physical buttons on the board. One is for power, while the others can be used as back and home buttons.

Embest says the computer supports Android 9.0 or Yocto Linux, and that it can be used for a range of applications including education, AI and machine vision devices, “family entertainment,” and embedded computing.

via CNX Software and Linux Gizmos

3 replies on “MaaXBoard is a $60 single-board PC with an i.MX8M processor”