At first glance, the LG G8X ThinQ looks like a smartphone that may or may not be an upgrade from the LG G8 ThinQ released earlier this year.

It has the same processor, a bigger battery and a screen that’s larger… but lower resolution. And the front-facing camera has jumped from an 8MP model to a 32MP version.

But there’s one key feature the LG G8 ThinQ has that its predecessor did not: support for an optional accessory that turns the LG G8X ThinQ into a dual-screen smartphone. 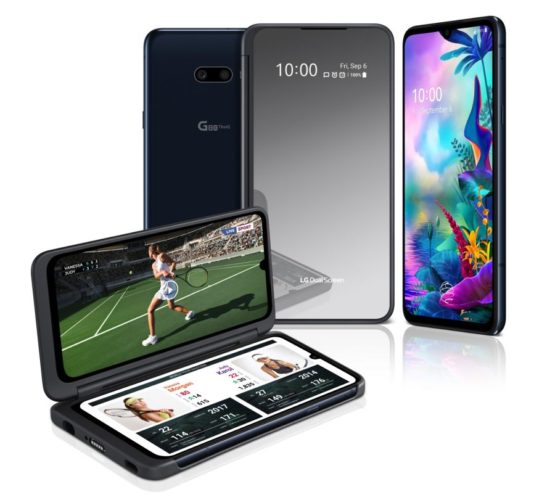 The accessory is a case with a screen that’s the same size and resolution as the phone’s primary display. When you fold the case up like a laptop, you also have access to a 2.1 inch monochrome cover display that can show time, date, battery level, notifications, and other details.

Flip open the dual screen and you can view different apps on each screen or use each screen for different functions in a single app. For example you could use one screen as a keyboard or game controller while viewing an app in the other. There’s also a custom web browser called Whale that can display different websites on each screen.

Early reports suggest that many apps only work on one screen at a time, but if this platform takes off we could see more developers add support for LG’s dual screen accessories.

Folks who’ve been keeping count might notice that this is the second LG Dual Screen accessory. The first was designed to work with the LG V50 ThinQ 5G smartphone. But the new model is an upgrade in a few different ways.

While the original LG Dual Screen case had a screen that was slightly smaller than the smartphone’s primary display, the new model is the same size as the LG G8X ThinQ’s screen. And the new model has a 360-degree hinge, allowing you to flip the second screen all the way back in case you want it to be visible to other folks while you’re looking at the main screen… or just use the case as a kickstand to prop up the phone. 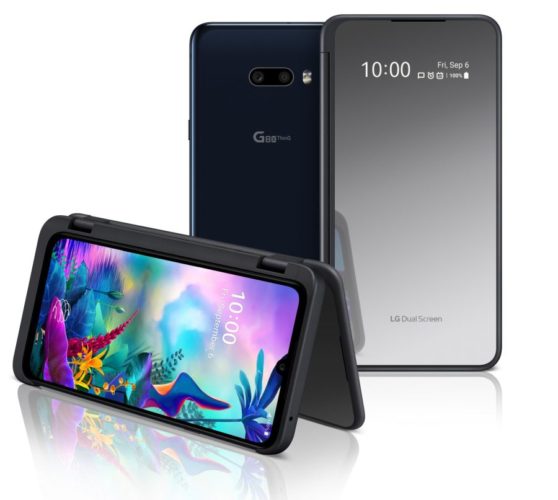 LG hasn’t announced the price or release date for its new phone or Dual Screen case yet, but here are some key specs: