The latest version of HP’s Spectre x360 13 thin and light convertible notebook features a smaller footprint than its predecessors, but it packs more horsepower thanks to a move to a 10th-gen Intel Core “Ice Lake” processor with Iris Plus graphics. 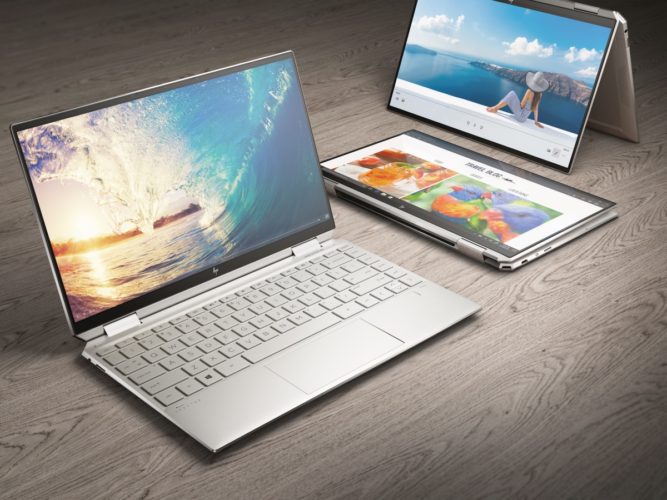 HP has slimmed down the design by shrinking the top and bezels around the display, resulting in a laptop with a 90 percent screen-to-body ratio (up from 78-percent in the previous generation).

The 2.9 pound laptop is almost an inch smaller than last year’s model. But thanks to the upgraded internals, it should offer up to 2X the graphics performance and improved connectivity, among other things. 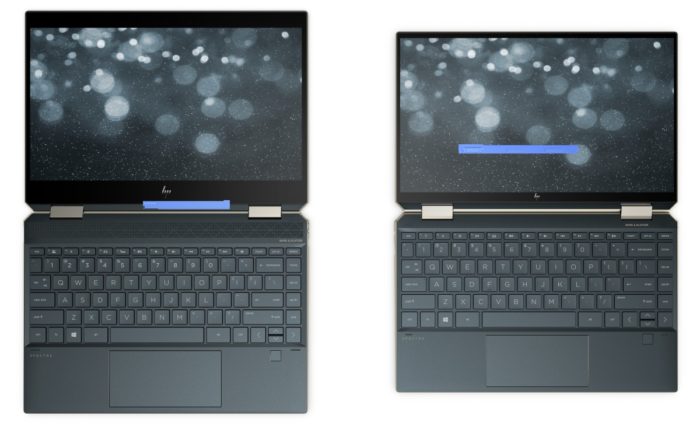 HP has also added new features including a hardware kill switch for the webcam and optional support for a 1,000 nit Sure View Gen 3 privacy screen that helps prevent folks from viewing your screen over your shoulder when activated. 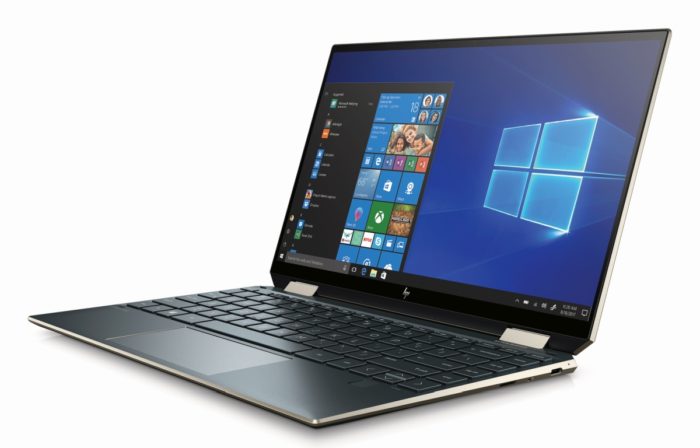 There will also be several Best Buy exclusives, including: 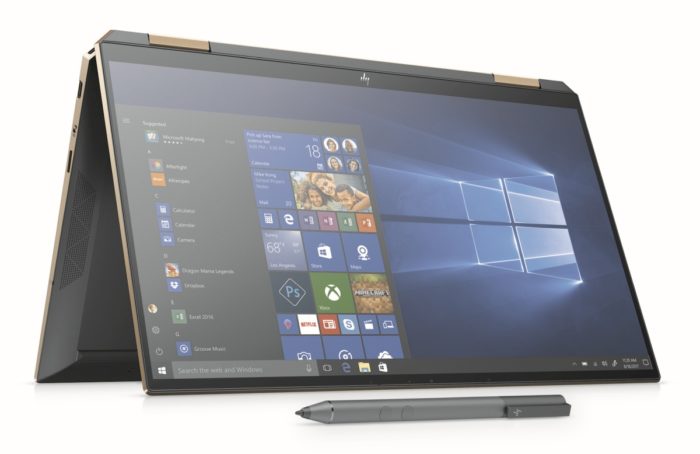 It also has a fingerprint reader, and Windows Hello-compatible IR camera.

In fact, HP says the Spectre x360 13 has a brand new 2.2mm camera system that rivals the model Dell uses in its new XPS 13 laptops with slim bezels, but the difference is that Dell’s cameras don’t feature the IR component that allows you to login to a PC using Windows 10’s facial recognition technology.

The new HP Spectre x360 13 also features dual-array beamforming microphones for picking up your voice when you’re video chatting or talking to Cortana or other voice assistants. 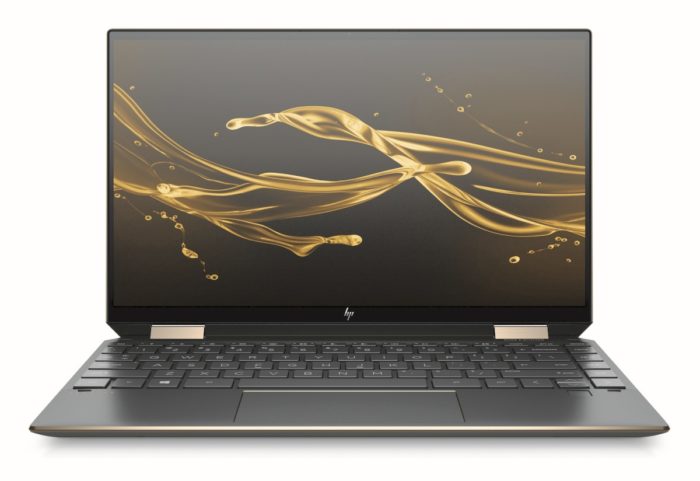 And a hardware kill switch on the side of the laptop cuts electricity to the camera when you’re not using it, which theoretically offers even more protection than a shutter that you can slide over the screen. And there’s a keyboard shortcut to turn off the microphones — plus an LED light that lets you know when it’s active. 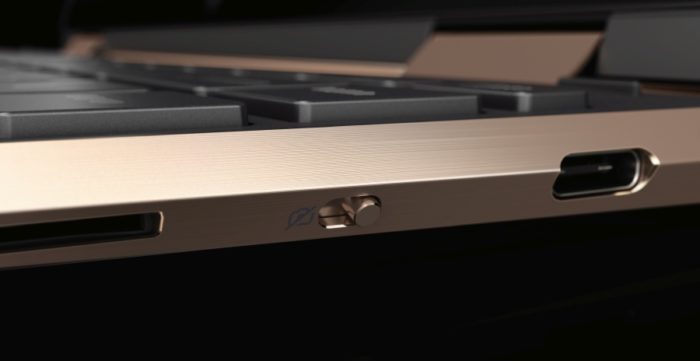 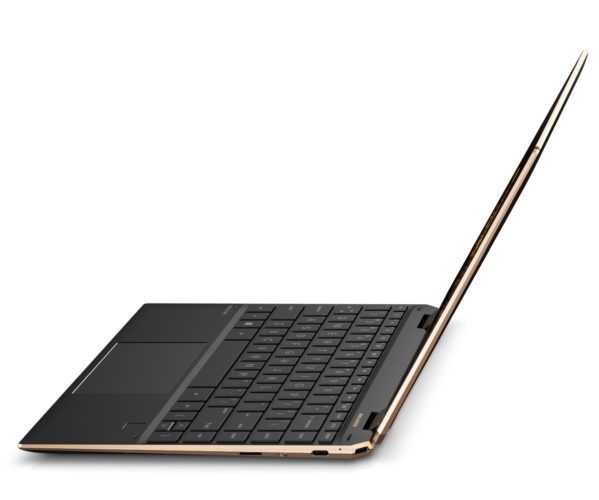 The new HP Spectre x360 13 has stereo speakers with B&O sound. And HP will offer multiple display options. In addition to the aforementioned 4K OLED and 1,000-nit Sure View displays, there’s an optional low-power 1-watt display panel and support for an optional anti-reflection/anti-smudge glass screen.

Some of those options (like the Sure View screen) may not be available until sometime next year. 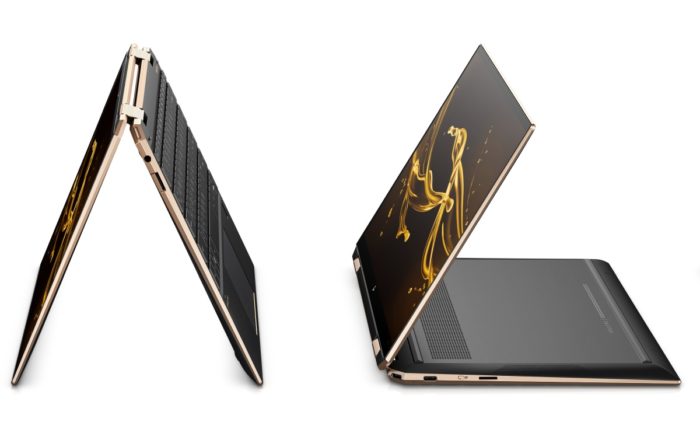 The new HP Spectre x360 13 has a 60W battery and comes with a 65W charger. HP says the laptop supports fast charging, which means you should be able to get a 50-percent charge by plugging in the notebook for 30 minutes.

The company is also including some new software features including the ability to switch between Performance, Comfort, and Quiet modes depending on whether you whether you want to emphasize speed, low fan noise, or something in between. HP says the new Spectre x360 includes some cooling improvements as well, including an improved heat sink and new air inlet holes in the keyboard.

HP is keeping the gem-cut design and aluminum body that it’s used for the last few generations, and the Spectre x360 13 will come in three color options:

Unfortunately another design element that’s sticking around in the latest generation is the non-upgradeable RAM. The memory is soldered to the motherboard, so if you want a model with 16GB, then you’re going to have to pay for it when you buy the laptop. 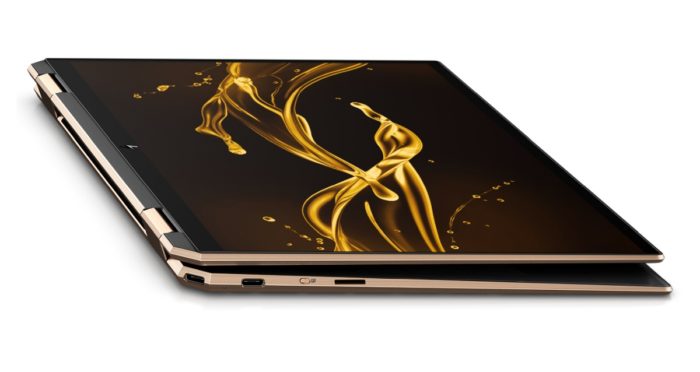 Here are some of the pricing/configurations HP plans to offer at launch: