Lenovo unveiled a new line of Yoga C940 laptops at IFA earlier this month, and they’re coming to the US in October. 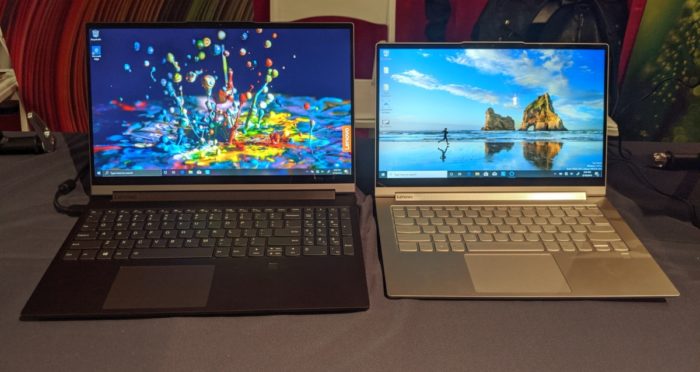 The Lenovo Yoga C940 14 inch notebook weighs less than 3 pounds and is one of the first laptops to feature a 10th-gen Intel Ice Lake processor with Iris Plus graphics. It’s expected to sell for $1250 and up.

The smaller model is thin, light, and powerful — while Intel’s Comet Lake chips aren’t expected to bring a huge CPU performance gain, they feature Intel’s Gen11 “Iris Plus” graphics which the company says offers up to twice the performance for gaming or video encoding, among other things.

With just two Thunderbolt 3 ports, a USB 3.1 Gen 2 Type-A port, and a headphone jack, there aren’t any dedicated power or video out jacks on this laptop. But since the Thunderbolt ports can handle both of those functions, it’s not a huge problem. 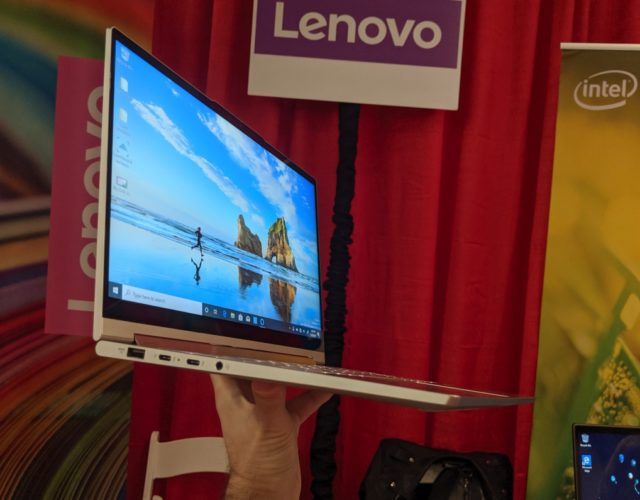 The laptop measures about 0.6 inches thick and weighs less than 3 pounds and features a rotating sound bar built into the hinge, so it’s always facing forward whether you’re using the computer in laptop, notebook, tablet, or tent modes.

Lenovo promises up to 18 hours of battery life if you opt for a model with a 1080p display, which seems optimistic… but it’s noteworthy because the company cuts that estimate down to 10.5 hours for models with a 4K display. So whatever real-world battery life turns out to be for the FHD model, expect it to be substantially less on a 4K model.

Other features include a backlit keyboard, a fingerprint sensor, dual microphones with far-field voice detection, a webcam with a privacy shutter that you can close when you’re not using the camera, and a slight bump in the top display bezel to make room for the webcam (and to give you something to grip with your fingertip when opening the laptop).

Lenovo will offer the Yoga C940 14 inch laptop with up to 16GB of LPDDR4X RAM, up to 1TB of PCIe solid state storage, up to a 4K HDR display, and up to an Intel Core i7 Ice Lake processor.

The larger model shares a name and some design features (including the rotating speaker in the 360-degree hinge and the webcam bump in the bezel).

But not only does it have a bigger display and a numeric keypad on the right side of the keyboard, but it also features NVIDIA GeForce GTX 1650 graphics and support for up to a 9th-gen Intel Core i9 processor. 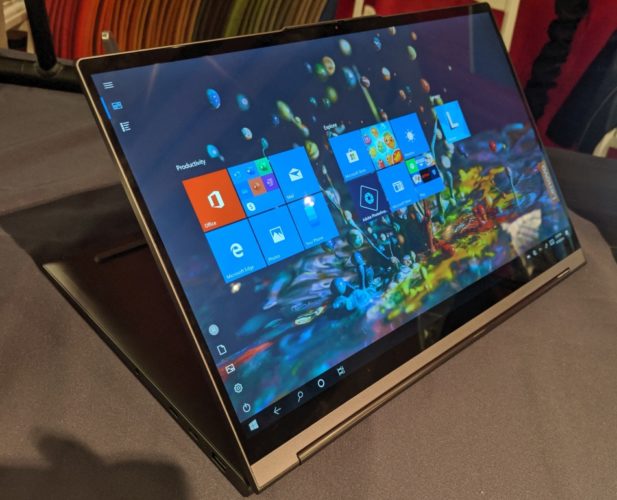 That means it’s both more powerful and more power hungry — unlike the smaller model the Lenovo Yoga C940 15 has a dedicated power jack and the company says you can expect up to 12 hours of battery life from a model with a 1080p display or 9 hours from a version with a 4K display. Real-world battery life will likely be substantially shorter.

This model measures 0.8 inches thick and weighs about 4.2 pounds. While that’s not bad for a notebook with these specs, it feels substantially heavier than the sub-3 pound Yoga C940 14.

Other features include two Thunderbolt 3 ports, two USB 3.1 Type-A ports, a headset jack, dual microphones with far-field voice detection, and support for up to 16GB of DDR4 RAm and up to 2TB of PCIe solid state storage.