The new Asus Chromebook Flip C433 is a convertible laptop with a 14 inch full HD display, an Intel Amber Lake-Y processor, and a 360-degree hinge that lets you use the computer in laptop, tablet, tent, or stand modes.

Under the hood it’s virtually identical to the Asus Chromebook Flip C434 launched earlier this year… which helps explain the nearly-identical model numbers.

The key differences are in the design: the new model has side-firing speakers on the left and right sides where they won’t be obscured if you’re using the computer in tablet mode. Corners also look a little more square-like. 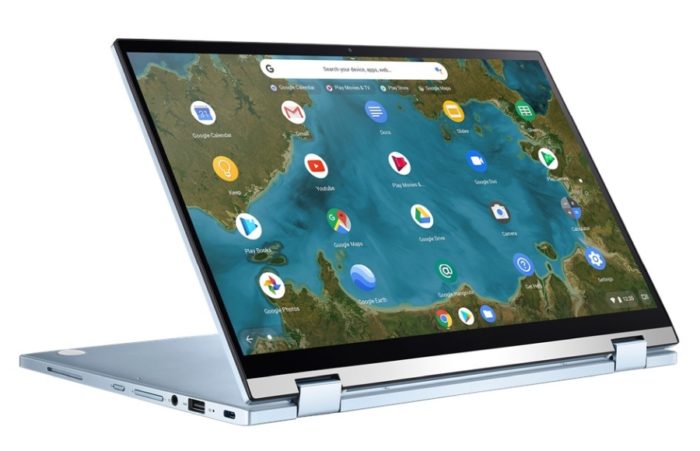 Other specs are largely the same, including:

Both models weigh about 3.2 pounds and measure about 0.6 inches thick.

The Asus Chromebook Flip C433 will be available in the UK in October for £499 and up. There’s no word on pricing or availability for other markets yet.

via Chrome Unboxed and Android Police