Amazon is updating its Echo line of smart speakers with a new Echo Dot sporting a built-in clock display, a 3rd-gen Echo with a an updated design, and several new models including the $25 Echo Flex that plugs directly into into a wall jack, and the $200 Echo Studio, which the company says is its best-sounding Echo speaker to date.

Here’s a run-down of the new lineup:

While the Echo line of products practically invented the smart speaker space, their strength has always been on the smart part, not so much the speaker part. 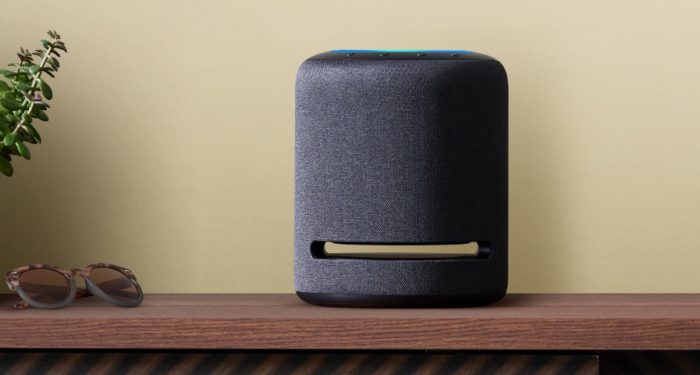 Rivals like Apple, Google, and Sonos have all beaten Amazon to the punch with premium speakers featuring higher-quality audio. But Amazon’s new speaker is set to help the company play catch up in the audio quality speace.

Amazon says the Echo Studio can be paired with some Amazon Fire TV devices for multi-channel audio playback and it supports Dolby Atmos, Dolby Audio 5.1, and stereo audio.

The Echo Studio is up for pre-order starting today, and it’s scheduled to ship November 7th.

Amazon says its new Ehco smart speaker has an “updated fabric design” with new color options, a 3-inch woofer, and louder back volume. 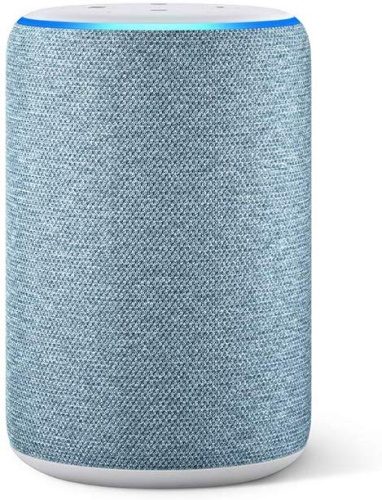 Imagine a 3rd-gen Amazon Echo Dot… and then add an LED display that lets you use it as a clock.

That’s pretty much what this is. 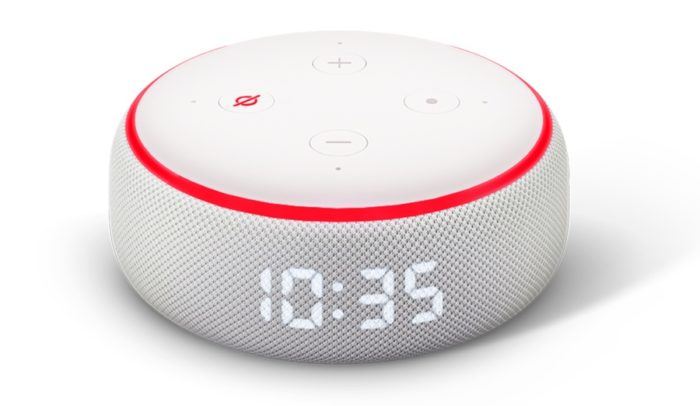 You can also ask Alexa to show the outdoor temperature on the display, or use it to set alarms or timers.

Amazon says the display automatically adjusts the brightness depending on the ambient lighting conditions in your room.

The Echo Dot with Clock costs $60, which is $10 more than the price of an Echo Dot without Clock. Or you can save $20 when you buy two by using the coupon DOT2PACK at checkout.

The new model is up for pre-order now, and it should ship October 16th.

This tiny smart speaker is designed to plug right into a wall jack. You’re probably not going to want to use it to listen to music, but it’s a discrete device that you can use to get news and weather updates, control your smart home gadgets, and more.

It also has a USB port, so while it can serve double duty as a smartphone charger. Or you can plug in optional accessories like a night light.

With support for Amazon Echo’s drop-in feature, you can also use it as an in-home intercom to make calls or announcements to other Echo devices in your home.

There’s also a button you can press to disable the mic when you don’t want Alexa listening to you.

Amazon Echo flex is up for pre-order for $25 and it’s set to ship November 14th.