A few months after introducing the Echo Show 5, Amazon has added another model to its Echo Show line of smart displays.

The Amazon Echo Show 8 features an 8 inch, 1280 x 800 pixel touchscreen display, 10 watt stereo speakers, and a 1MP front-facing camera (with a shutter that covers it when it’s not in use.

The Echo Show 8 is up for pre-order starting today and it should ship November 21st. 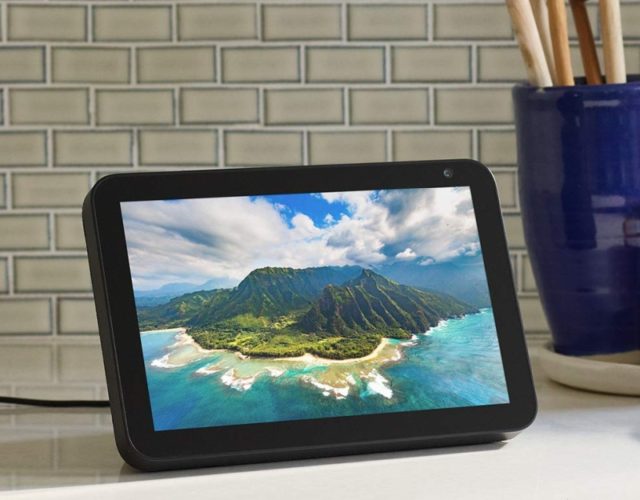 The new model has the same screen resolution as the 10.1 inch model, but a smaller display. That means graphics will be sharper, but smaller.

Amazon’s latest smart display measures about 7.9″ x  5.4″ x 3.9″ and features four microphones on the top, along with a camera shutter button.

There’s a 3.5mm audio jack on the back in case you want to plug in headphones or another speaker.

The display is powered by the same MediaTek MT8163 processor used in the Echo Show 5, but the larger model appears to be a bit more power hungry since it comes with a 30W power adapter rather than the 15W charger that comes with the 5.5 inch model.