When Acer introduced the ConceptD line of computers earlier this year, the company noted that they’re aimed at professionals who need the power of a gaming laptop or mobile workstation in a sleek package.

Like like gaming laptops and mobile workstations, they tend to be pricey — prices for most models start at around $1700. And when Acer introduced its next-gen ConceptD laptops this week, the lineup included a ConceptD 9 Pro with a starting price of $5800.

But Acer is also introducing the most affordable ConceptD to date — the new Acer ConceptD 3 laptop is launching in Europe next month for 1200 Euros and coming to North America in November for $1000 and up. 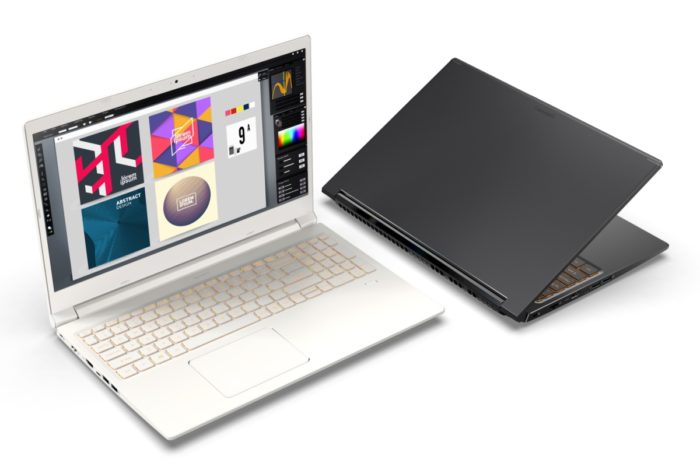 The notebook supports up to 32GB of RAM, up to an Intel Core i7-9750H hexa-core processor, and NVIDIA GeForce FTX 1650 graphics.

In other words, it’s got the specs of a decent gaming laptop rather than a model with one of NVIDIA’s Quadro graphics cards that are tuned for professional applications. But while the GeForce GTX 1650 is designed for gaming, it should still be able to handle image and video rendering work reasonably well.

And did I mention that this thing has a strating price that’s $700 lower than the ConceptD 3 Pro  with NVIDIA Quadro T100 graphics?

It has the same chassis as its big sibling though, which means it comes in black or white color options, features Ethernet, HDMI, USB-C and USB-A ports, a backlit keyboard, numeric keypad, and fingerprint sensor.