Windows 10 includes some troubleshooting tools that allow you remove a problematic Windows update, attempt to reset your PC (while keeping or wiping your files) if you run into more serious problems.

But if you need to completely reinstall Windows for some reason, you typically need to create installation media by preparing a USB flash drive or DVD. If you don’t have access to another PC, that step can be kind of hard to take if your problem is that your PC isn’t working in the first place!

Now it looks like Microsoft may have another solution — cloud downloads. 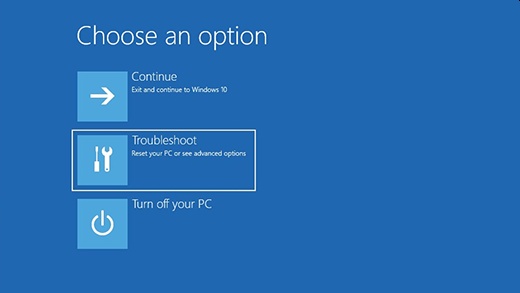 Some folks have noticed references to a “Cloud download” option in the restore/reinstall menus for recent Windows 10 Insider Preview builds.

This week Microsoft confirmed that some sort of cloud download functionality is on the way, but that it “isn’t available and working quiet yet.”

That statement was thrown in toward the end of a blog post announcing the release of Windows 10 Insider Preview Build 18950, which also includes improvements to the Snip & Sketch tool, Japanese language input, and various bug fixes.

Since this is a “20H1” build, it’s likely that Microsoft isn’t planning to make the cloud download feature available to the public until sometime early next year.

Apple, meanwhile, already offers a similar feature that lets you reinstall macOS even if you don’t have any installation media. You just need to hit Option-Command-R or Shift-Option-Command-R at startup to connect to the internet and download either the latest version of Apple’s operating system that’s available for your model of Mac, or the version that came with the computer.

Update: Twitter users Albacore (@thebookisclosed) found a way to test the feature, and shared an image of the Cloud download option. For now it seems to download a very old (August 16th, 2016) version of Windows 10 because the feature itself appears to be an old one that was never released, which Microsoft may now be reviving. 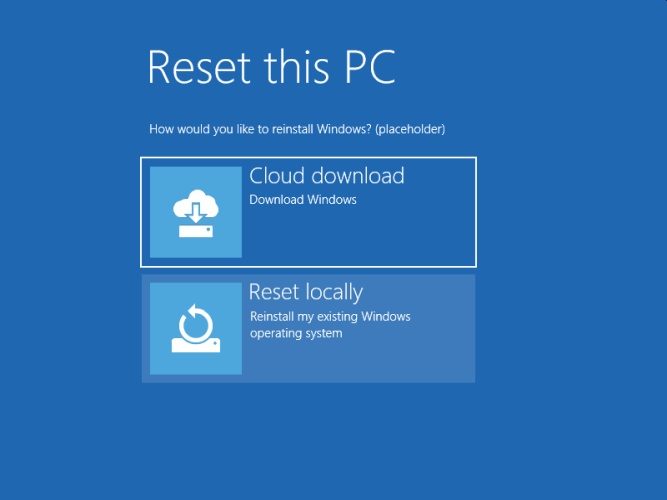 via The Verge and The Register