The oft-leaked Samsung Galaxy Note 10 and Note 10+ are official.

Both come with the signature accessory for a Samsung Galaxy Note — an S-Pen that supports pressure-sensitive writing and drawing. But Samsung’s newest S-Pen also added a 6-axis sensor and support for “Air actions” that allow you to use the pen to interact with your phone without touching it (no radar required, unlike Google’s upcoming Pixel 4).

Samsung says the Galaxy Note 10 and Note 10+ will be available August 23rd and the phones go up for pre-order starting today. 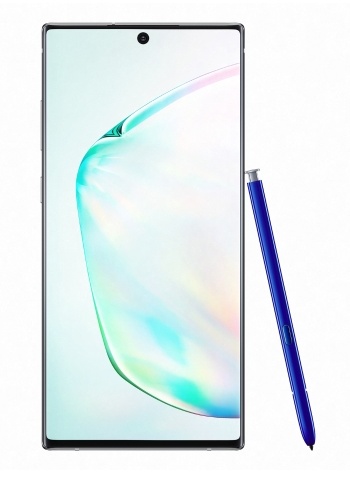 Here are the prices/configurations that will be available at launch:

The US versions of the phone will be powered by Qualcomm Snapdragon 855 processors, but Samsung is expected to offer models with its own Exynos 9825 processors in some other markets.

All versions of the phone feature a 10MP, 80-degree front-facing camera with support for auto-focus. But while the 6.3 inch Galaxy Note 10 has a triple-camera system on the back, the 6.8 inch Galaxy Note 10+ adds an extra camera. So here’s what you get:

That DepthVision camera can scan real-world objects and create 3D models that you can send to a 3D printer or map onto live or recorded videos, making your 3D model move in real-time by matching movements of a real person, for example.

Samsung says the phone also supports bokeh effects in video, allowing you to blur the background while keeping the foreground in focus. That’s something many phones have supported for still photos for years, but it’s a new feature for smartphone video capture.

Other features include an in-display fingerprint sensor, 802.11ax WiFi, Bluetooth 5.0, NFC, and support for wireless charging (and Wireless PowerShare, which lets you charge a Galaxy Watch or other devices using the phone as a wireless power bank).

The smaller Galaxy Note features a 3,500 mAh battery, while the Note 10+ has a larger 4,300 mAh battery. Both phones feature USB Type-C ports and stereo speakers, but no 3.5mm headphone jack. 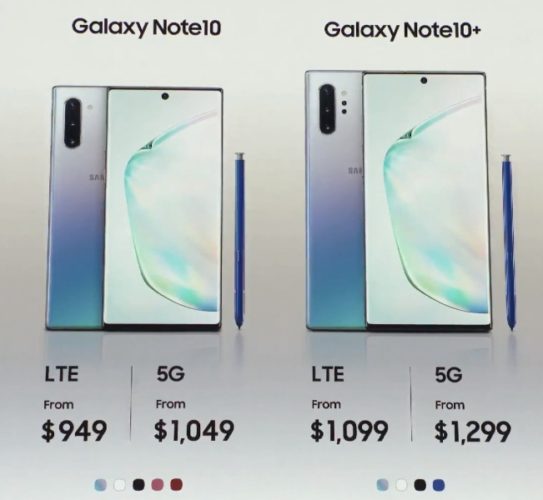 To recap, here are some of the features that the Note 10+ has that its smaller sibling lacks:

While I’d normally be tempted to say those features are worth the extra $150, it’s important to point out that Samsung is charging $949 for the cheaper model. It’d be nice to at least have a microSD card reader for that price.