Plex provides tools to organize your media collection and set up your own streaming solution for playing your videos on a smart TV or streaming over the internet when you’re away from home.

Among other things, the software provides a pretty interface for watching pirated content downloaded from the internet or DVD and Blu-ray videos you’ve ripped yourself — activities that may be illegal in many jurisdictions.

So while Plex itself isn’t really a tool for piracy, it has a reputation for being popular with pirates.

That’s one of the reasons the company’s latest announcement is so interesting — Plex and Warner Brothers have signed a deal that will allow Plex users in the United States to stream free, ad-supported movies and TV shows starting later this year. 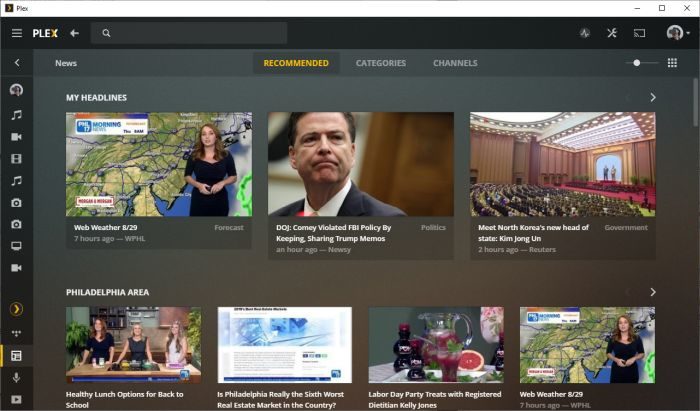 The move is just the latest by Plex to offer third-party content within the app. There’s also a Web Shows feature that lets you stream free content from web video publishers, and a Plex News feature for viewing news clips from a variety of sources.

Variety reports that Plex hopes to begin selling video-on-demand in 2020, as well as reselling subscription video packages (much the way Amazon Prime Video users can sign up for HBO, Showtime, or other Channels).

But so far the deal with Warner Brothers represents the company’s biggest step yet toward becoming a legit streaming company that offers third-party content… which also has the benefit of showing that Plex isn’t just a tool for pirates.

That said, I certainly hope Plex never gives up on its roots, because it would be disappointing to see the personal media streaming features fade away — it does seem unlikely at this point, given Plex’s existing user base.

Speaking of that user base, they seem to have encouraged Plex to reconsider a recent decision to end support for HTPC users. The company now says it plans to continue supporting its Plex Media Player TV mode with bug fixes for the foreseeable future, will continue to bring new HTPC-like features to streaming devices, and investigate ways to continue supporting home theater PCs.