Plex began its life more than a decade ago as media center software for folks that wanted to plug their PC or Mac into a TV.

Since then, Plex has evolved into tool that you can use to organize and play your personal media or online video whether you’re using a computer, smartphone, tablet, game console, or media streamer (like a Roku or an Apple TV).

One thing you won’t be able to do much longer? Get a TV-friendly user interface. Plex is pulling the plug on its HTPC features. 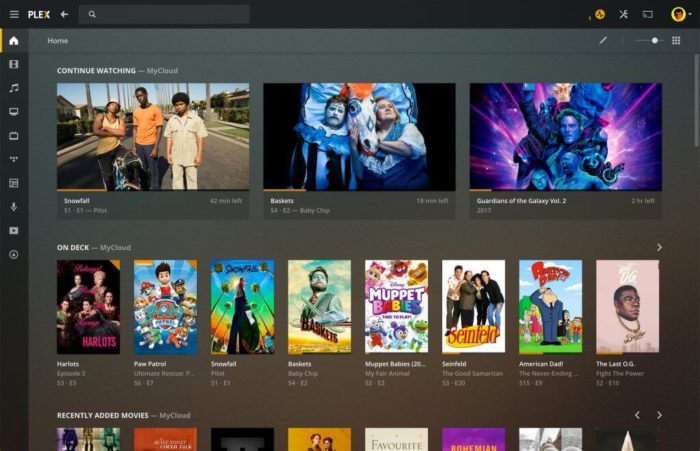 It’s a phased rollout — Plex says it’ll continue to support the Plex Media Player with HTPC support until January 30, 2020. After that time it’ll no longer receive updates, but it might continue to work for a while.

Meanwhile Plex is urging folks who want to run Plex on a computer to download the new Plex desktop app for Windows or Mac, which will be continuously updated.

For now the new app looks a lot like the old Plex Media Player… with a few small differences. First, there’s no HTPC user interface. And second the “sync” feature has been replaced by “downloads,” making it easier to show that you can download content from a Plex server with a single click for watching offline.

Note that while Plex is free, some features require a Plex Pass subscription, and the ability to download is one of those features.

Overall Plex is trying to paint the end of HTPC support as a good thing, since it’ll allow the company to focus on supporting desktop, mobile, and streaming apps moving forward.

It’s not a move that will affect me very much — I used to be a die-hard HTPC enthusiast, but a few years ago I went all-in on media streamers. I don’t pay for cable TV, but I’ve got a Roku TV in the living room and subscriptions to a few streaming services. Plus, I set up a Plex server on my NAS (network-attached storage device) and use that to stream local media to my Roku.

The setup consumes less power and requires less fiddling than my old HTPC. While I don’t get to watch much live TV this way, I don’t really miss it… and if I did I could hook up my HDHomeRun TV tuner and set up the Plex DVR feature for over-the-air broadcasts or sign up for a streaming TV service.

That said, I know there are still folks who prefer plugging a PC into their TVs. So here are a few Plex alternatives that still have HTPC features:

If you don’t plan to unplug your PC from your TV, now might be a good time to check one of those options out.

In other news, the Plex team is also giving up on the Windows Store. The new Plex desktop app isn’t distributed in Microsoft’s app store, and the old app is no longer listed in the store.

I suspect this announcement will annoy far fewer people.