Motorola is the only smartphone maker that’s really made use of a modular system that lets you add new features to existing phones by swapping out modules.

Moto Mods let you add a big battery, a better speaker, a new camera, or even a projector to supported phones. This year Motorola and Verizon also began selling a 5G Moto Mod that, up until recently, only worked with two phones: the Moto Z3 and the Moto Z4.

Now Motorola is adding support for another phone — an old one. Now you can connect a Moto Z2 Force to Verizon’s 5G cellular network by slapping a 5G Moto Mod on the back. The most surprising thing about the announcement is that the Moto Z2 Force is a phone that was released two years ago. 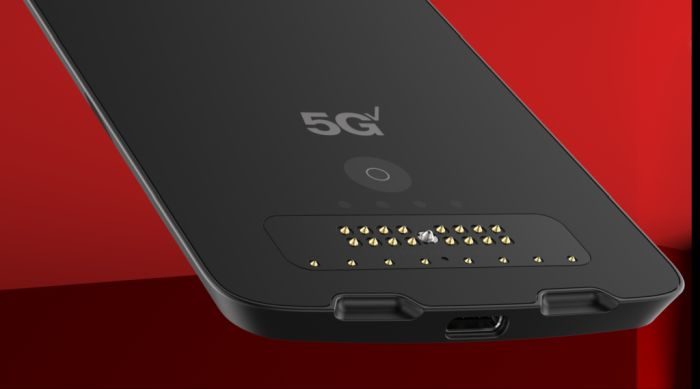 The 5G Moto Mod is basically a smartphone for your smartphone. It has its own Qualcomm Snapdragon 855 processor, Snapdragon X50 modem, 4GB of RAM, and 32GB of storage. That helps explain why it costs as much as a phone — Verizon sells the 5G Moto Mod for $350.

I guess that’s still cheaper than buying a brand new 5G-compatible phone… particularly if you already have a Moto Z2 Force or one of the other supported phones.

I’m still not sure that this is a good time for most folks to jump on the 5G bandwagon. At this point you’re paying more for features you most likely don’t need and a very limited coverage area. In a few years most devices will ship with 5G included and the reduced latency, faster speeds, and increased bandwidth will be crucial for making the Internet of Things work. For now, it’s just a way to spend more money on bragging rights.

Anyway, at least the 5G Moto Mod has one extra trick up its sleeve.

The company has updated the power system for its Moto Z phones, allowing you to either charge your smartphone using the 5G Moto Mod’s battery, or vice versa, depending on which battery is lower.