Microsoft is getting ready to replace the Edge web browser that ships with Windows 10 with a new version based on Google’s Chromium.

Now the company is one step closer to doing that: Microsoft has released a public beta of its new Chromium-based Edge browser. It’s available for both Windows and Mac.

Microsoft says while Edge beta is still pre-release software, its “ready for everyday use.” 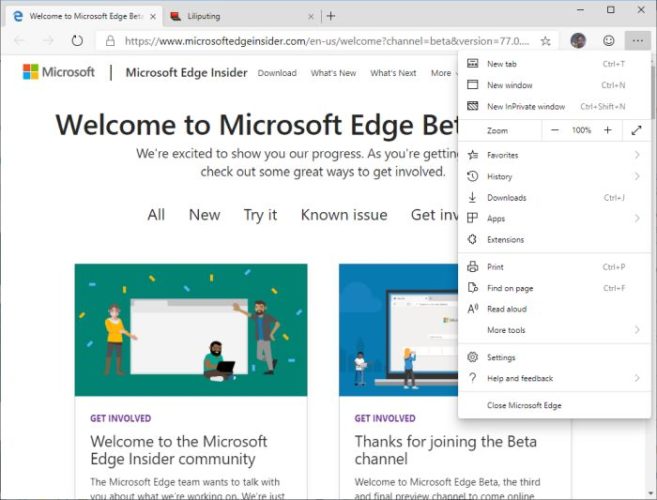 Moving to Chromium means that for the most part web content will look the same in Edge as it does in Google’s Chrome web browser, and Microsoft doesn’t need to maintain development of its own rendering engine.

But development is a two-way street: among other things, Microsoft has reportedly made improvements to the open source Chromium code that could lead to reduced power consumption/improved battery life for all Chromium-based browsers, including Chrome and Edge.

Edge also has a bunch of features that aren’t present in Google’s browser, including:

Microsoft says the beta channel is the third and final preview channel for the new Edge browser, so the next channel to go live will be the stable version… but it’s unclear when that’ll be available.

ZDNet’s Mary Jo Foley says it’s unlikely to happen until late 2019 or early 2020 at the soonest. In the meantime, new beta releases should be available every six weeks.