The folks at Fairphone have been offering smartphones built from ethically-sourced components since late 2013. But in all that time the company has only actually shipped two models.

Now a third is on the way.

Evan Blass posted an image of the upcoming Fairphone 3 to Twitter about a week after a listing for the phone showed up at the Bluetooth SIG website. 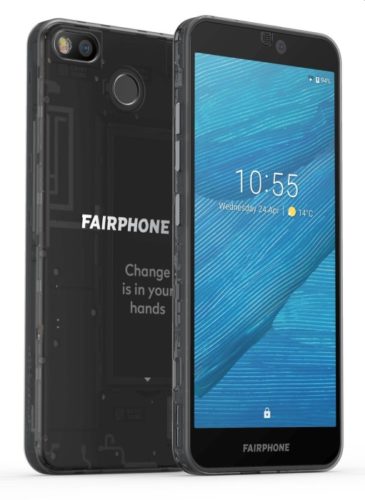 While detailed specs aren’t available yet, the image shows a phone with a fingerprint sensor on the back, a single rear camera with an LED flash, and a single front camera next to a speaker.

The rear cover of the phone also appears to be semi-transparent, although it’s possible that’s just a design etched into the rear cover.

Fairphone is a social enterprise based in Amsterdam that was formed with the goal of producing smartphones while avoiding some of the labor practices and use of materials from conflict zones that other phone makers have been criticized for.

It’s likely that the new model will follow many of the design principles of its predecessors, while offering updated features (the fingerprint sensor is new, for one thing).

There’s no word on a price or release date yet, but according to a report from French site Les Mobiles last month, Fairphone is expected to announce its next phone in late August.