Chromebooks are basically just laptops that run Google’s Chrome operating system rather than Windows, macOS, or another operating system. But historically Chromebooks have also been relatively cheap computers that don’t include a lot of storage or many customization options.

That’s started to change in recent years — with some PC makers offering Chromebooks with up to an Intel Core i7 processor, ample storage, and… higher price tags.

Now Dell is getting on the premium Chromebook lineup with a new line of Dell Latitude 5000 series Chromebooks aimed at enterprise customers (but available for anyone to purchase). Probably the most interesting thing about these laptops is that they’re just as customizable as Dell’s Windows machines… in fact the hardware on these laptops is virtually identical to what you’d get if you bought a Dell Latitude 5000 series laptop with Windows 10. 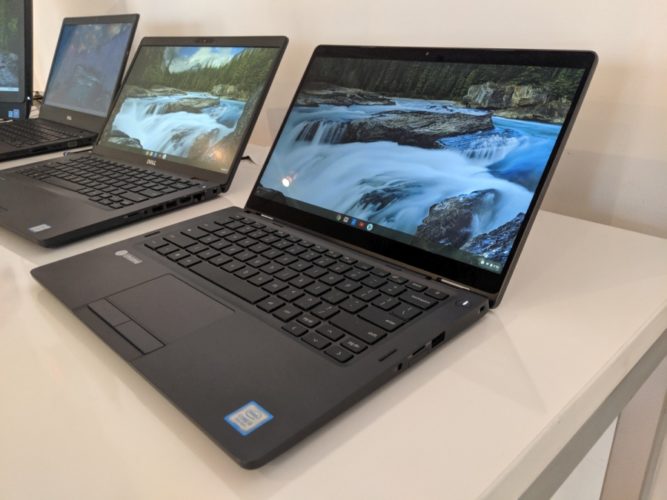 The 14 inch demo unit Dell showed me also had a matte, non-glare display.

What makes these laptops unusual by Chromebook standards is that both models support:

Dell also offers a choice of power adapters — the laptops have both a 7.4mm charging port and support for USB-C charging and can work with 65W or 90W chargers.

Other features include backlit, spill-resistant keyboards and optional support for 4G LTE. 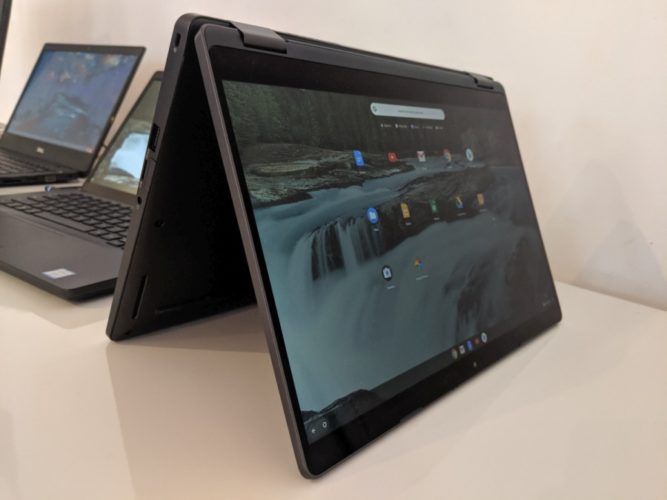 The company is also pushing these as Enterprise edition devices — Dell has partnered with Google to make Chrome OS Enterprise services available out of the box for companies that access to Google’s management and IT services. But there’s nothing stopping you from picking one up for yourself if you’re just looking for a Chromebook with robust hardware and more customization options than you’ll find for just about any other model released to date.

4 replies on “Dell Latitude 5000 Chromebooks are more customizable, powerful than most”