Earlier this year Asus introduced the Chromebook Flip C434 convertible laptop with an Intel Amber Lake processor, at least 4GB of RAM, and 64GB of storage.

Now the company has quietly added a clamshell version called the Chromebook C425. It lacks the touchscreen and 360-degree hinge found on the “flip” version, but the new model is a little cheaper.

The Asus Chromebook C425 is available from Amazon for $500. 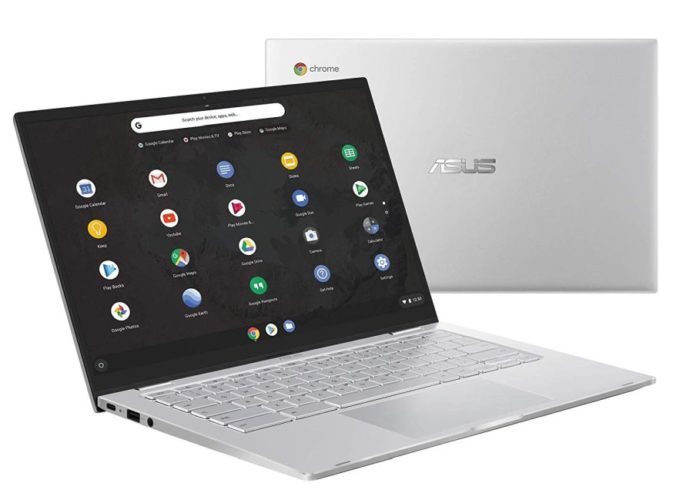 That’s not exactly cheap by Chromebook standards, but this is a reasonably well specced laptop featuring an Intel Core m3-8100Y processor, 8GB of LPDDR3 RAM, 64GB of eMMC storage, and a 1920 x 1080 pixel display with slim bezels.

It weighs about 2.9 pounds, has a backlit keyboard, a 6-inch touchpad, and features a 180-degree hinge that allows you to fold the notebook flat.

While the convertible model has a list price of $570 and up, right now Amazon is selling it for $40 off, which means you can snag one for almost the same price as the non-touch, non-convertible version.

So if you’re in the market for one of these laptops, here are your options:

I guess on the bright side, the clamshell version weighs just about 2.9 pounds… making it slightly lighter than the 3 pound convertible model.