The Samsung Galaxy A80 smartphone features three cameras on the back… but they can also flip around to face the front of the phone, allowing you to use the same three-camera system to snap selfies or live stream video.

First unveiled in April, the Samsung Galaxy A80 is now available for purchase in some regions including parts of Europe, Africa, Central America, and Asia. It’s unclear if or when it’ll be available in North America. 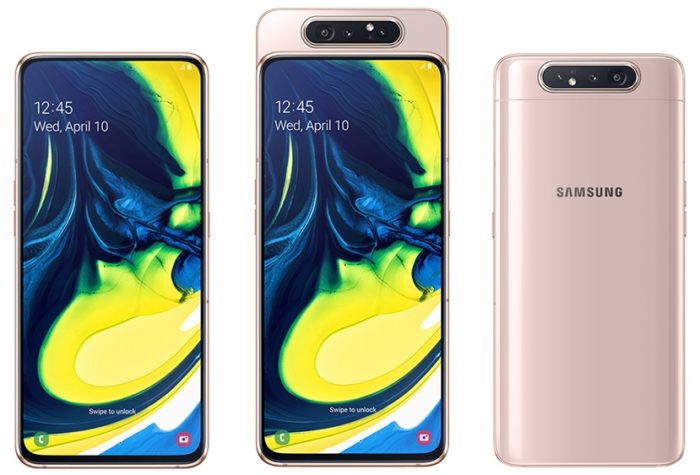 When you want to flip the cameras to face forward, the screen slides down so that the portion of the phone housing the cameras is above the display, and they can rotate to work as selfie cameras.

While the cameras are the most unusual thing about the phone, the rest of the Samsung Galaxy A80’s specs don’t look bad. The smartphone has a 6.7 inch, 2400 x 1800 pixel Super AMOLED display with a 20:9 aspect ratio, 8GB of RAM, 128GB of storage, a 3700 mAh battery, 25W fast charging, and an octa-core processor. It also features an in-display fingerprint sensor and a slim-bezel design.