Most of the flagship smartphones to ship so far this year have been powered by Qualcomm’s Snapdragon 855 processor. But it’s officially no longer the chip maker’s most powerful smartphone processor.

The new Qualcomm Snapdragon 855 Plus is basically an overclocked version with higher CPU and graphics speeds — Qualcomm says it offers up to a 15 percent increase in graphics power, among other things.

Phones with the new Snapdragon 855 Plus are expected to ship in the second half of 2019 (which means any day now). One of the first could be the Asus ROG Phone II, an upcoming phone aimed at mobile gamers. 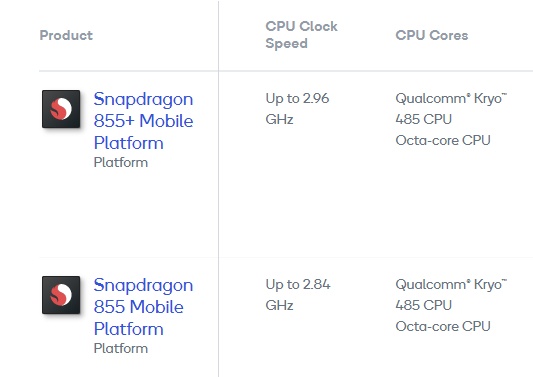 So what actually sets the Snapdragon 855 Plus apart from the non-Plus model? Not much, really.

They’re both octa-core processors with:

In other words, it’s a higher-performance chip… but just barely. Most users probably wouldn’t notice much difference in day-to-day performance, but folks looking for the best mobile gaming experience possible might be willing to pay a few bucks extra for a smartphone with the new processor.