The GPD P2 Max is one of the better mini-laptops I’ve tested in recent years, thanks to decent performance and a bigger screen and keyboard than you’ll find on any GPD device to date.

But one issue I noted in my review of this 8.9 inch laptop was the lack of a backlit keyboard, which could make typing in dim lighting a little tricky.

Now GPD has a solution — the company has announced that everyone who backs the GPD P2 Max crowdfunding campaign will get a USB-powered LED light that they can use to illuminate the keyboard. So… umm… OK, I guess.

Update: The company is also throwing in a fluorescent keyboard film for customers who buy a model with the Japanese keyboard layout. 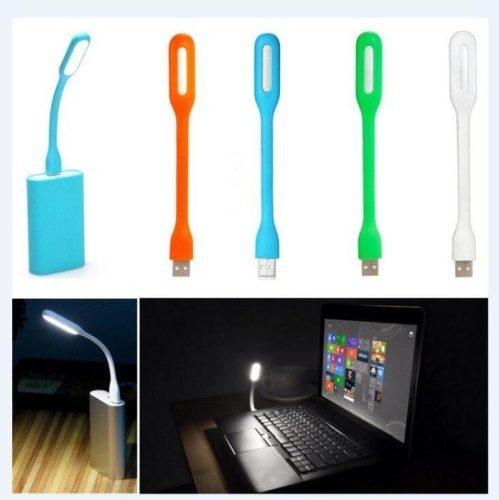 This option is obviously a lot easier than redesigning the laptop to include a backlit keyboard. And it’s possible that adding one would have made the laptop a lot harder to cool anyway — the One Mix 3 Yoga 8.4 inch mini-laptop does have backlit keys, and it gets much warmer to the touch than the GPD P2 Max.

And the GPD P2 Max does have two USB Type-A ports in addition to a USB Type-C port, so you should be able to plug in the USB LED and still have a second port free that you can use for a mouse, flash drive, or whatever else you’d like to plug in.

The LED light that GPD is using features a flexible stand so you can angle it however you’d like, and it should draw less than 40 mA of power while providing enough light to let you see the keyboard in the dark.

Similar lights sell for around $7 on Amazon or less than a buck on eBay and hearken back to an earlier time in mobile computing, when backlit keyboards weren’t common and Lenovo offered a “ThinkLight” system that shone a light down on its laptop keyboards from above.

Update: Here’s a look at the fluorescent keyboard, which should provide some light in the dark… at least for a little while.

6 replies on “GPD P2 Max 8.9 inch mini laptop will come with a USB LED light (since the keyboard isn’t backlit)”