Now the company has an even smaller model. But it doesn’t appear to be fanless. 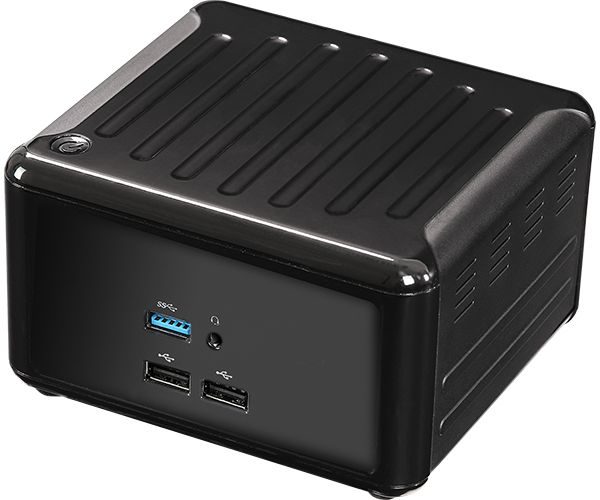 The smaller model may not use passive cooling, but most of the other features are pretty much the same — one difference is that it maxes out at 32GB of dual-channel DDR4-2400 RAM rather than the DDR4-3200 memory used by the larger model.

ASRock will offer models with either an AMD Ryzen Embedded R1505G or R1606G processor, both of which are 12-25 watt, 2-core/4-thread processors with Radeon Vega 3 graphics.

The company says the system can support up to 3 displays and two storage devices (thanks to a 2.5 inch drive bay and an M.2 card slot).

It has a single HDMI port and two DisplayPort jacks, three USB 3.1 and two USB 2.0 ports, and dual Ethernet jacks.