Android TV — it’s not just for TVs anymore. Now it also supports speakers you… plug into your TV. OK, I guess that’s not a big stretch.

Google announced plans to bring Android TV to soundbars earlier this year, and now the first model is up for order — the JBL Link Bar is a high-end soundbar with built-in support for Android TV, Chromecast functionality, and Google Assistant.

But the first Google Assistant-enabled soundbar isn’t exactly cheap. When I say high-end, I mean that it sells for $400… and if you want to add an optional subwoofer that’ll set you back another $300. 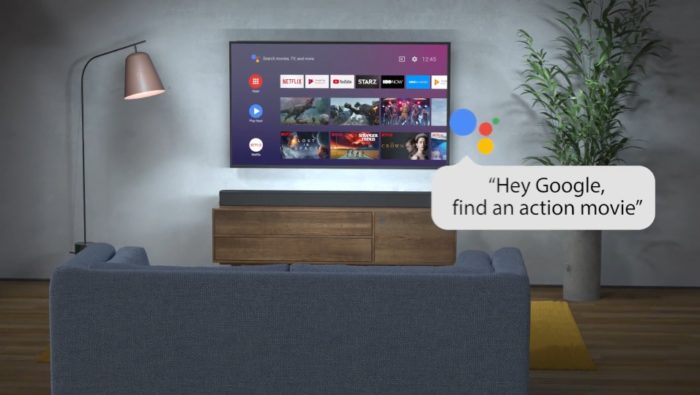 That said, the JBL Link Bar does cram a bunch of functions into a single device.

The Link Bar has 3 HDMI inputs and one HDMI output that runs to your TV, allowing you to use it to connect your cable box, game console, DVR, or other devices to your TV, while also offering louder, better sounding audio than you’ll probably get from your TV’s built-in speakers.

Integrated Chromecast functionality means you can also use your phone to find content and then send it to the JBL Link Bar and your TV with a tap.

And the Link Bar has microphones with support for far-field voice detection, which means you can control your TV by voice using Google Assistant. There’s also a “PrivacySwitch” for disabling the microphones when you don’t want to use them.

It also supports 802.11ac WiFi, Bluetooth 4.2, and works as a Bluetooth speaker.

Still, $400 is almost as much as I paid for a TCL 4K Roku TV and a pretty decent Vizio soundbar. So I can’t help but think most folks who really want Android TV and a soundbar might be better off just buying a Xiaomi Mi Box or NVIDIA Shield TV and paying for a soundbar separately.

via Google and JBL