Like the portability of a laptop, but sometimes wish you had more screen space? Last year a company called Mobile Pixels ran a Kickstarter campaign for a device called the DUO that adds a slide-out second screen to your laptop.

The company raised more than $860 thousand through that campaign and now sells the display for $249 under a new name (DUEX).

Mobile Pixels says TRIO uses a single USB type-C cable for both power and data, so you should be able to use the multi-screen accessory with just about any PC, tablet, or phone that supports display-over-USB.

Both versions feature two 1920 x 1080 pixel displays and both consume less than 4.5 watts of power.

The smaller TRIO weighs 1.5 pounds and it will go for $179 and up during the crowdfunding campaign. Mobile Pixels says this is the size you’ll probably want to use with 13.3 inch or 14 inch laptops.

The larger TRIO Pro weighs 1.8 pounds, sells for $199 and up, and can be used with laptops featuring 15.6 inch or larger screens.

Or you could just buy a separate portable display or two that doesn’t attach to your laptop.

Liliputing’s primary sources of revenue are advertising and affiliate links (if you click the “Shop” button at the top of the page and buy something on Amazon, for example, we’ll get a small commission).

But there are several ways you can support the site directly even if you’re using an ad blocker and hate online shopping.

I like the concept. I really like the concept. At that price, I might buy it if I had and needed a mobile workstation. But there are a few caveats: 1. you’ve got four big old magnets/steel discs stuck on your lid. This kinda messes up the appearance of your laptop unless you’re the kinda guy who covers your laptop in stickers anyway. It also means there might be problems if you have a hard drive in your machine. 2. the displays can flip completely around, but they’re not touch screens, which would be nice if you wanted to close the lid but keep using the computer. 3. the cables don’t come on auto retracting spools, so they can get in the way a little, and it looks like there’s nothing on the unit that would help manage them. 4. I doubt it’s going to adhere well to every single… Read more »

You would have to go buy a fist-sized rare-earth magnet to affect the hard drive. It already has an internal rare-earth magnet millimeters from the platter. If strong but reasonable “rapidly changing magnetic fields” were going to demagnetize the platter, then every data site moving rapidly past a magnet oriented so that its North and South poles are in different radial positions would sure do it.

You need a much faster, more intense magnetic field oscillation. I don’t know whether a tape demagnetizer would work on a platter or not. But that is much much more intense than a strong magnet centimeters away from the hard drive.

This is a really cool concept, but it needs a built in laptop-stand to prop your laptop into a more upright position. See: 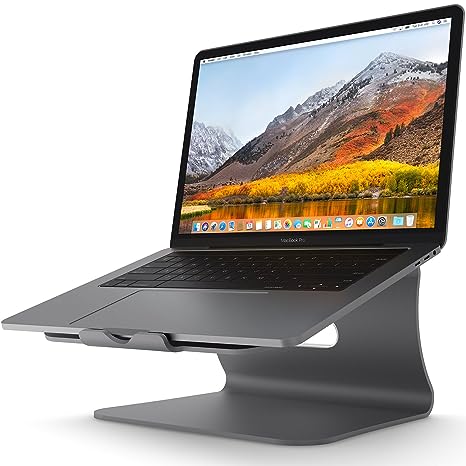 I don’t see myself using a 3-monitor setup like that unless I had a way to increase the height of the screens.

That added weight could very well destroy a laptops hinge before it’s time. Sure, some have very well designed hinges, but most of them are small nuts inserted in plastic without much structural support, since newer displays are so light…

As suggested by a Microsoft blog post last week, Acer is updating its line of … END_OF_DOCUMENT_TOKEN_TO_BE_REPLACED

Microsoft is pulling the plug on Windows 7 support, which means that the … END_OF_DOCUMENT_TOKEN_TO_BE_REPLACED

Intel's NUC Compute Element is a computer-in-a-module that features a processor, … END_OF_DOCUMENT_TOKEN_TO_BE_REPLACED