For the past few years we’ve been inundated with a slew of mini retro consoles like the NES Classic Edition, Sony PlayStation Classic, Sega Genesis Mini, and the recently-announced TurboGrafx-16 Mini.

While that mini console looked like a tiny replica of the original C64, it didn’t quite work like one though — the keyboard was just for show and couldn’t be used for text input.

Eventually the company announced plans to launch a full-sized Commodore 64 clone that would have a working keyboard, among other things. And now we have a release date for TheC64: December, 2019. 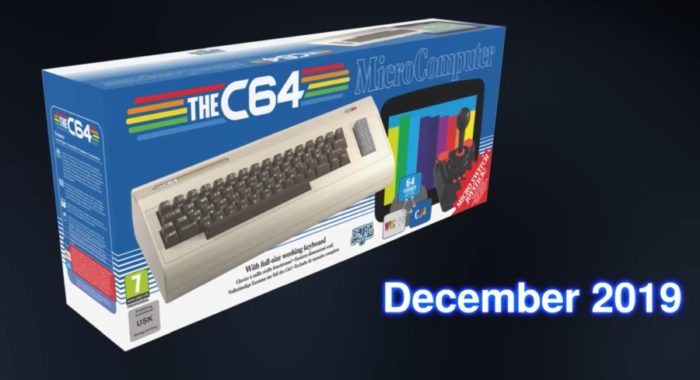 Not only does the new model feature a fully functional keyboard, it also features a new joystick, and switchable support for three different modes: C64, VIC 20, and Games Carousel.

The system comes with 64 games installed including classic titles and some newer games. You can also load games and other files with a USB flash drive, and/or code your own games and apps using BASIC.

While TheC64 is designed to look like a Commodore 64, it does have a few modern updates — the system features an HDMI port with support for 720p output at 50Hz or 60Hz.