This month Canonical announced it would not include 32-bit packages in future versions of Ubuntu — and that led Valve to announced that the popular Steam game client would drop support for Ubuntu moving forward.

The move wasn’t out of spite — Valve says that not only does Steam itself rely on a number of 32-bit binaries, but so do thousands of games designed to work with Steam (as well as thousand of non-Steam titles).

Due to pushback from the community, Canonical backtracked a bit and announced plans to include some 32-bit binaries in Ubuntu 19:10 and Ubuntu 20.04 LTS. So it’s unsurprising that Valve says Steam will work on those upcoming operating systems. But as for the future of Steam on Linux? That’s a little less clear. 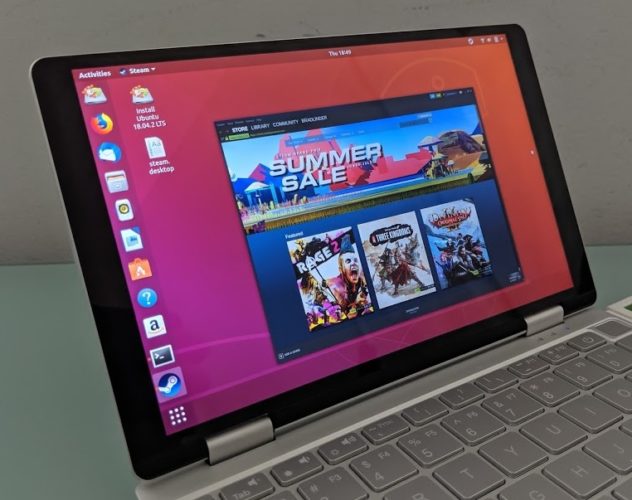 In a nutshell, Valve says it already includes many of the dependencies that 32-bit games need in order to run properly. But it relies on the host operating system for some things including 32-bit glibc, Mesa and NVIDIA graphics drivers, and more.

While it could be possible to put some of those things into a container so that they’d work even if they aren’t officially supported by the operating system, Valve had originally designed to drop support for Ubuntu when it became clear that it wouldn’t be possible to find workaround by the time Ubuntu 19.10 is scheduled to launch in October.

But now that Canonical seems set to offer at least 5-6 years of support for key 32-bit binaries, (Ubuntu 20.04 LTS, which is set to launch next April, will be a long-term support release), it make sense for Valve to continue supporting the operating system.

That said, in Valve’s statement, the company makes it pretty clear that it’s exploring other options “that offer a great gaming desktop experience such as Arch Linux, Manjaro, Pop!_OS” and Fedora. I wouldn’t be surprised if one of those other Linux distributions became a recommended OS in the future.