A few years ago a company called Next Things Co introduced a small, cheap computer called C.H.I.P. that sold for as little as $9, but which could be combined with add-ons to create a handheld PC or other projects.

After releasing a few products, Next Thing Co went out of business. but the company’s devices were open source, so a new company called Source Parts has developed a new set of devices and launched a Kickstarter campaign for its Popcorn Computers that pick up where C.H.I.P. left off.

None of them are anywhere near as cheap as the original though. 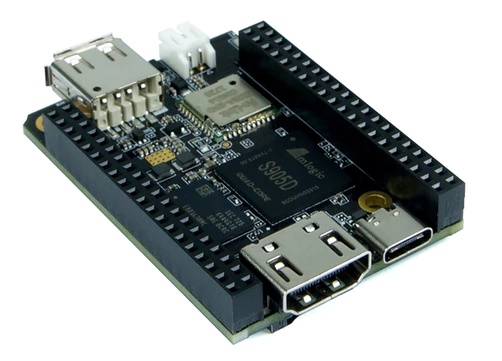 There are three different Popcorn Computers models so far.

The Original Popcorn is nearly identical to the C.H.I.P. and uses the same Allwinner R8 Arm Cortex-A8 processor and 512MB of RAM. But it has 32GB of eMMC storage rather than 4GB of NAND flash storage. It should be compatible with most software designed for the C.H.I.P. and should work with hardware add-ons as well. 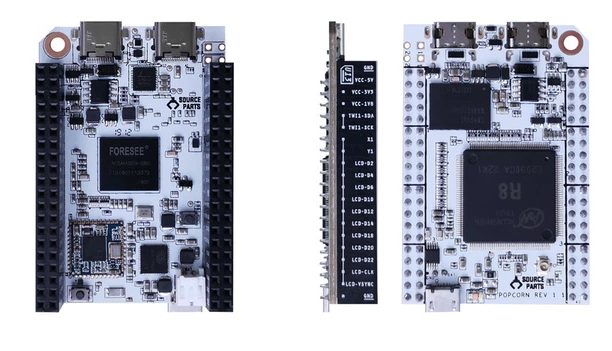 It also works with a new companion board called Stovetop which you can connect to the header pins to add HDMI, 10/100 Ethernet, and a USB-C port for power, among other things. The Stovetop board is also compatible with the original C.H.I.P. if you happen to have one lying around. 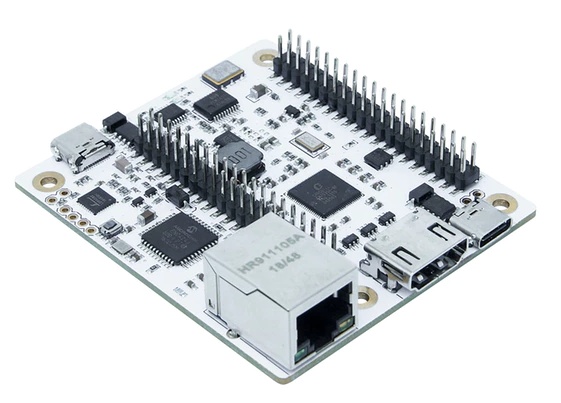 Next up is the Super Popcorn, which has a similar design, but an Amlogic S905D Arm Cortex-A53 quad-core processor with Mali-450 MP3 graphics, 1GB of RAM, and 32GB of eMMC flash storage and an HDMI 2.0b port with support for 4K60 output and a USB Type-C port. 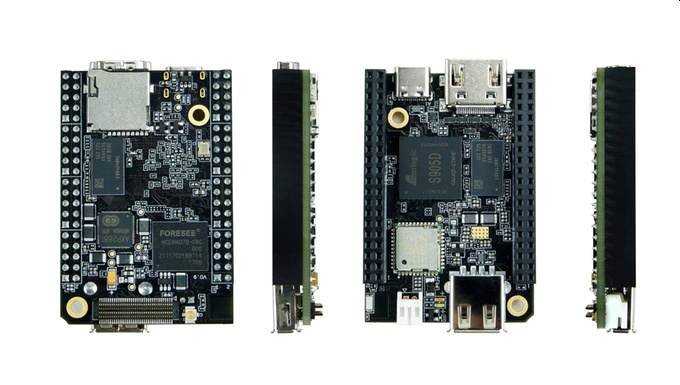 Finally, there’s the Super 8 Popcorn with an Amlogic S912 octa-core Arm Cortex-A53 processor and Mali-T820 MP3 graphics. Other features for this model are pretty much the same as for the quad-core version.

Source Parts plans to begin shipping hardware to backers of the Kickstarter campaign if it meets its $250,000 crowdfunding goal. You can find more details at the Kickstarter page, but here’s how much the company is charging for the new devices:

4 replies on “Popcorn Computers brings back the C.H.I.P. (kind of)”