Over the last few weeks there’s been a bit of a shakeup in the US mobile virtual network operator (MVNO) space.

With Sprint ant T-Mobile looking to merge, regulators have suggested Sprint get rid of its pre-paid subsidiary, Boost Mobile. A company called STS is interested in buying Boost… but before doing that, the company sold off its own MVNO, FreedomPop.

Now the new owner of FreedomPop has announced its plans for the service: “Free wireless service. On any phone. On any major network.” 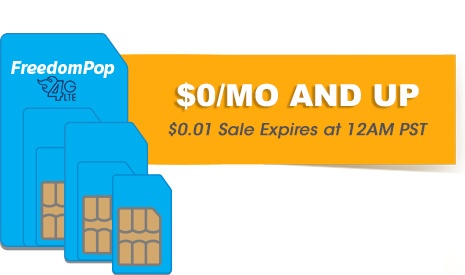 Full details haven’t been announced yet, but here’s what you need to know:

Things get a little trickier when you dive into the details — that $60/$65 plan only gets you 10GB of LTE data on CDMA networks (Sprint or Verizon), for example. But the important thing to note is that while most MVNOs only operate on one or two major networks, Red Pocket has access to all major the US wireless networks.

Since the company is planning to keep FreedomPop’s freemium business model intact, that means customers will now be able to use the service even in areas where AT&T or Sprint coverage might not be strong.

That said, I’ve had mixed results with FreedomPop in the past. I bought one of the company’s wireless hotspots years ago, used it for a while… even paid for service on a CES trip one year, and then noticed that I was getting charged a small monthly fee even after I had canceled my plan. It took a fair amount of work to end my relationship with the FreedomPop billing department.