Microsoft is designing a new version of its Edge web browser based on Google’s Chromium. Two months ago Microsoft released the first preview of the new browser, but it was only available for Windows 10 at the time.

Now you can download Microsoft Edge preview builds and run them on Windows 7, Windows 8, or Windows 8.1. 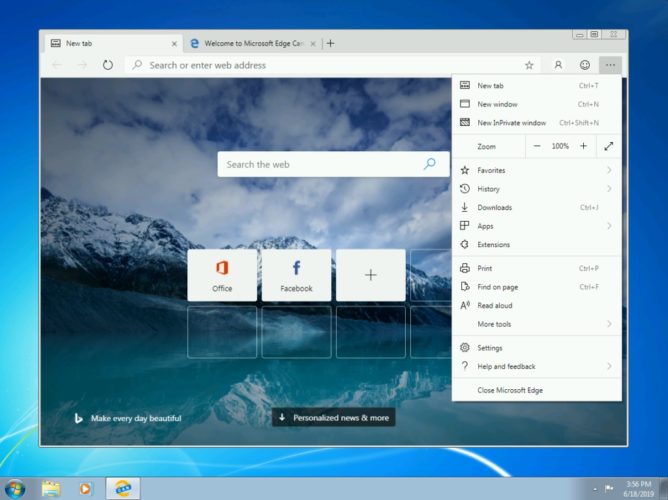 At this point that means you’ll be running an experimental “canary” channel build, but Microsoft says slightly more stable “dev channel” builds will be available for Windows 7 and up soon.

For the most part the feature set should be the same no matter which version of Windows you’re using.

That means you get the same rendering engine as Google Chrome, and a bunch of other features borrowed from Google’s web browser. But Microsoft has replaced some services, changed some buttons and menus, added a “read aloud” feature, and gives you a choice of new tab page layouts including “focused,” “inspirational,” “informational,” and “custom.”