The TurboGrafx-16 never had the same level of commercial success in North America as rival game consoles from Nintendo and Sega. But it was a relatively popular device in Japan, where it launched two years earlier, and the TurboGrafx-16 earned a place in video gaming history with some exclusive titles.

Now game maker Konami is cashing in on the nostalgia with a new TurboGrafx-16 Mini.

There’s no word on the price or release date yet, but Konami has announced six of the games that will come pre-installed on the system. 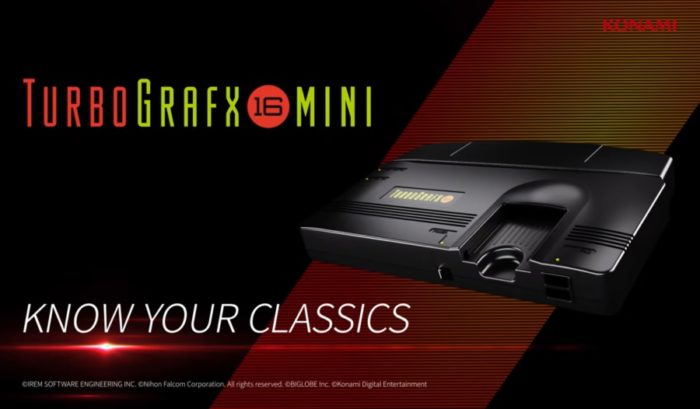 The TurboGrafx-16 Mini will have two USB ports for game controllers and support up to five players if you use an adapter.

Games for the system will include:

While I’m calling this the TurboGrafx-16 Mini, that’s because I live in the United States, where the retro console will be sold under that name. In Europe, Konami will offer a PC Engine Core Grafx Mini, and in Japan the company will sell a PC Engine Mini. Those models have slightly different designs and are expected to ship with a different set of games.

This is just the latest in a long line of retro consoles to launch since Nintendo kicked things off with the NES Classic a few years ago. Since then we’ve seen an SNES Classic, PlayStation Classic, NeoGeo Mini, Sega Genesis Mini and somewhat more ambitious projects like the upcoming Atari VCS and Intellivision Amico.