GPD has announced that it’ll begin taking pre-orders for the upcoming GPD P2 Max through an Indiegogo campaign set to launch at 10:00AM Bejing time on June 26th. If you’re in the US, that’s 10:00PM Eastern on June 25th.

It’s a pretty tiny computer by laptop standards… but it’s actually the largest notebooks GPD has released to date, which should make it a little easier to use… if a little harder to fit in your pocket.

Update: The crowdfunding campaign is now live,  and so is our preview of the GPD P2 Max. 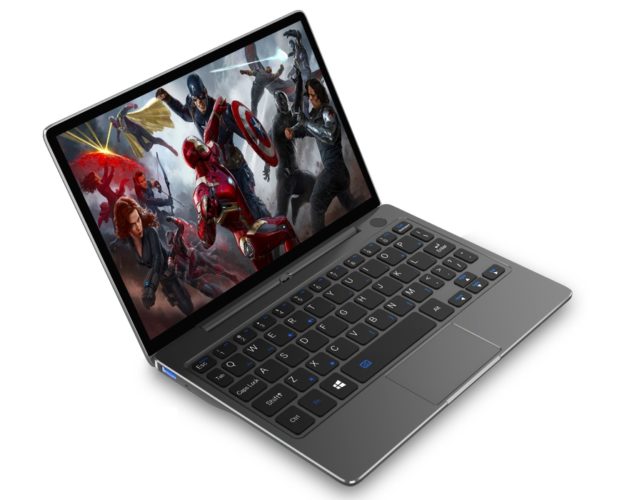 The company will offer two configuration options at launch:

Those prices make the little laptop pretty competitive with some of the other mini-laptops hitting the market this summer.

For example, an 8.4 inch One Mix 3S Yoga with an Intel Core m3-8100Y processor, 16GB of RAM, and 512GB of storage sells for $900… although that little laptop does feature a convertible tablet-style design, support for an optional digital pen, and a backlit keyboard.

Chuwi’s MiniBook with an Intel Core m3-8100Y is going for just $530 during crowdfunding, but that model has just 8GB of RAM and 128GB of eMMC storage, while the GPD P2 Max has a faster SSD.

GPD’s also been at this longer than most other companies in the space. The GPD Win handheld gaming PC arguably kicked off the modern age of handheld computers, and since then GPD has also launched the Win 2, the GPD Pocket and Pocket 2, and the GPD MicroPC.

Want a better idea of what that looks like? The Phawx already has a demo unit and he’s posted an unboxing and quick impressions video that includes, among other things, a size comparison with a GPD Pocket 2, a 13.3 inch MacBook Pro.

I’ll be publishing my own preview of the GPD P2 Max soon, so stay tuned for more details and performance notes in the coming days.