A few days after announcing it would effectively drop support for 32-bit software in future versions of the Ubuntu operating system, Canonical has decided to “change our plan and build selected 32-bit i386 packages.”

The company’s original decision sparked some backlash when it became clear that some existing apps and games would no longer run on Ubuntu 19.10 if the change were to proceed as planned.

Valve, for example, announced it would continue to support older versions of Ubuntu, allowing users to continue running its popular Steam game client. But moving forward, the company said it would be focusing its Steam for Linux efforts on a different GNU/Linux distribution.

While it’s unclear what impact Canonical’s change of plans will have on gamers, it does open the door to at least some 32-bit software continuing to be supported in the upcoming Ubuntu 19.10 and Ubuntu 20.04 LTS releases. 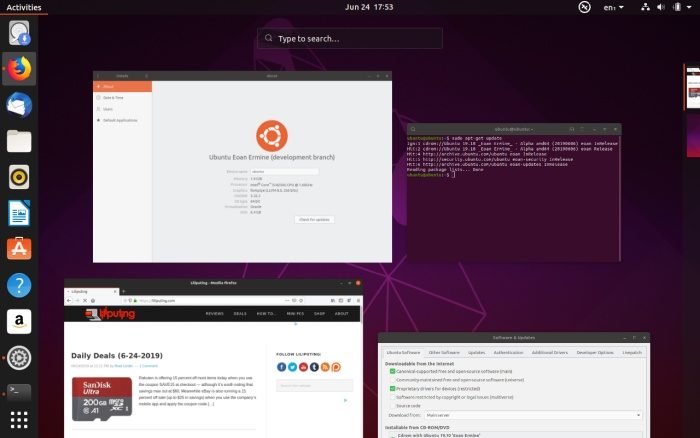 Canonical says it made its decision after receiving feedback from gamers, and members of the Ubuntu Studio and WINE communities, who would have all been affected by the elimination of 32-bit packages.

While Canonical has no plans to continue supporting all 32-bit packages, the company says it will “put in place a community process to determine which 32-bit packages are needed to support legacy software,” and enable support for the applications community members say they need moving forward.

The company still plans to drop 32-bit library support eventually… but Canonical says it hopes to address the need to continue running legacy applications on new versions of Ubuntu even when that happens, possibly through the use of containers that include a bundle of all the libraries you need to run a specific program. But until that solution is in place, it looks like the interim solution will be to ask members of the Ubuntu community to help decide which legacy software to continue supporting… which is better than nothing, I guess.

4 replies on “Canonical (sort of) backtracks: Ubuntu will continue to support (some) 32-bit software”