At first glance, the Banana Pi BPI-M4 looks like a Raspberry Pi 3 clone. And it kind of is — the single-board computer even has a 40-pin connector that lets you attach Raspberry Pi HAT add-on boards.

But the Banana Pi BPI-MP4 has a different processor with support for 4K video. Like a Raspberry Pi it can use a microSD card for storage, but this model also has 8GB of eMMC flash built-in. And there’s an M.2 Key E slot that you can use to connect a PCIe SSD or other hardware.

SinoVoip is selling the Banana Pi BPI-M4 through AliExpress for $38 plus shipping, making it just a few dollars more expensive than the Raspberry Pi. 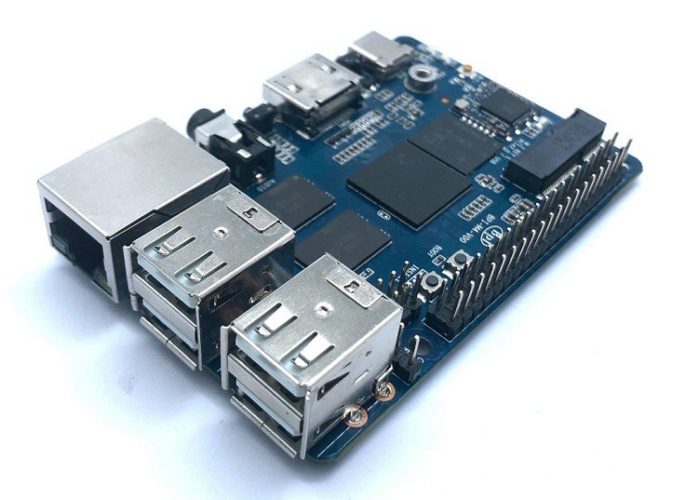 Here’s an overview of some of this little computer’s key specs:

The Banana Pi BPI-M4 will also be available with up to 2GB of RAM and 64GB of eMMC storage, but since those items are soldered to the board, you’ll probably want to buy a model pre-configured with those options since upgrading would be difficult, if not impossible.

One other difference to keep in mind is that while the Banana Pi looks pretty competitive on a hardware front, a key selling point for Raspberry Pi devices at this point is the extensive software, hardware, and support ecosystem that’s built up around the product lineup since the first Raspberry Pi device was launched in 2012. So far no other single-board computer/dev board has been able to match that.