Have you ever looked at a Game Boy and thought, that’s nice and all… but you know what would make it even cooler? A hand-crank that you could use as a game controller.

Probably not…. but the folks behind the Playdate handheld game console decided that’s exactly what their upcoming gadget needed.

The Playdate is expected to ship in early 2020, but it’ll go up for pre-order later this year for $149. That price also covers a dozen games that will be delivered to the game system one at a time, with new titles arriving weekly. 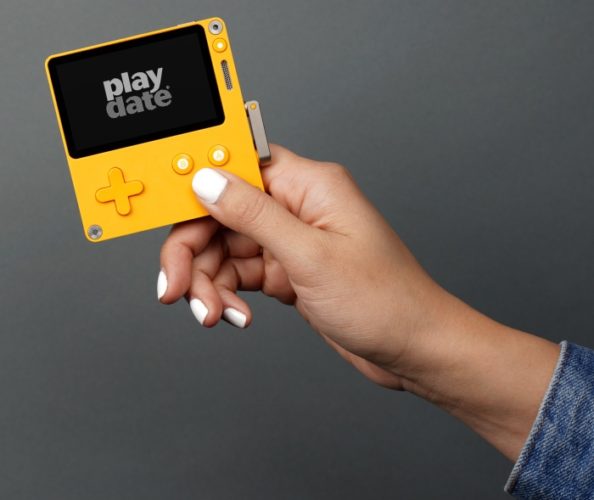 The new game console is the first hardware from the folks at Panic, a company that’s been making software and games for Mac and iOS for two decades.

Like most handheld game devices, the Playdate features a screen, a direction pad, and a few buttons (A and B, in this case). But there are a few key things that set this little game system apart.

First, it’s got a 2.7 inch, 400 x 240 pixel, low-power black and white LCD display from Sharp. Panic says it has “no grid lines, no blurring,” and looks a lot better than a Game Boy screen. It’s also not backlit — you can play in direct sunlight or sitting by a lamp.

Second, there’s that hand crank. It’s not just for show — it’s an analog stick that you can turn to interact with games designed specifically for the Playdate.

And that’s the third thing — this isn’t a glorified Game Boy emulation machine. It’s a brand new game console that will run a custom operating system and run brand new games developed specifically for the platform. 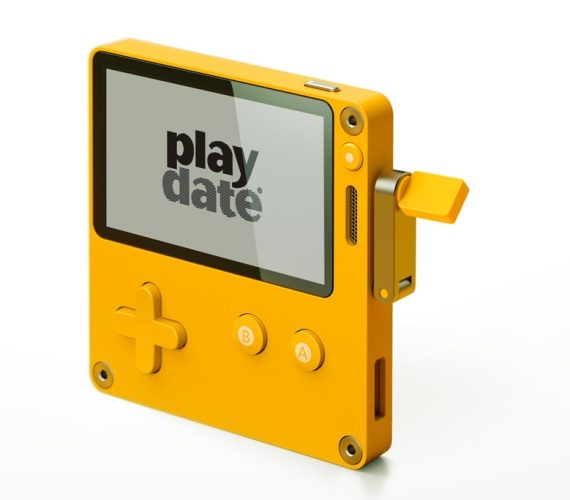 Panic has an SDK and simulator for prospective developers, and the company says the $149 purchase price will include 12 games, with one game delivered each week. Panic says it “recruited some of the world’s best game designers — some well known; others under the radar — to make games exclusively for our system.”

The company says those 12 games will be part of a “season,” and if the platform proves popular enough, there could be a season 2 in the future. But even if this thing only ever runs a dozen games, $149 might not be a bad price if those games are good enough.

So far it seems like Panic is off to a promising start. One of the first is called “Crankin’s Time Travel Adventure” and it was made by Keita Takahashi, the creator of Katamari Damacy. You play solely by moving the crank forward or backward to avoid obstacles.

You can see the game in action in the video below, but I recommend checking out the Playdate homepage to see an animation showing how it works with the hand-crank.

Sadly one thing you cannot do with the crank? Charge the device.

The company hasn’t revealed detailed specs about the hardware, memory, or storage yet. But we do know that the Playdate will feature WiFi, Bluetooth, a headphone jack, and a USB Type-C port.