After unveiling plans to launch a $199 Linux laptop with a Rockchip RK3399 processor earlier this year, the folks at Pine64 have been hard at work designing the hardware and software for the upcoming Pinebook Pro.

Now the team has posted a YouTube video showing off the latest prototype, and demonstrating that it has improved hardware, and support for 4K video playback (something the company’s original Pinebook couldn’t handle).

Pine64 still has some kinks to work out — audio isn’t working on the current motherboard, and there are problems with charging, suspend and resume. But it looks like the Pinebook Pro could be ready to ship within months. 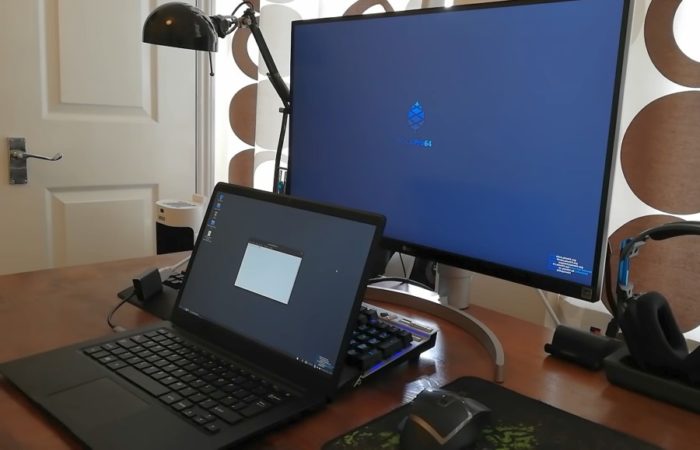 The company will offer Ubuntu and Debian operating systems, making the Pinebook Pro one of the more affordable options for folks looking for a Linux-compatible laptop.

With an estimated price tag in the $199 range, the Pinebook Pro looks pretty competitive with entry-level Chromebooks. It’s clearly not designed to be a high-end laptop, but it does have decent specs for a computer in this price range, including:

The Pinebook Pro is also an upgrade over the original Pinebook in a number of key ways. Not only does it support hardware-accelerated 4K video and 3D graphics, but the new model also has twice as much RAM, more storage, and keyboard and touchpad improvements (including an ISO keyboard that will be easier for non-English speakers to customize for regional layouts).

If you’re looking for a cheap Linux computer with similar specs, but don’t need it to be a laptop, Pine64’s RockPro64 single-board computer is already available for $60 and up.

The Pinebook Pro laptop is just one of several new devices Pine64 is working on this year. Others include the PinePhone smartphone, the PineTab 2-in-1 tablet, and updates to its single-board computer lineup.

27 replies on “Pinebook Pro update: The $199 Linux laptop is almost ready to go”