It’s been a little less than a year since MSI launched the P65 Creator Laptop, which is basically a high-end notebook with the sort of specs you’d expect from a gaming machine… but without the gaudy gaming notebook design.

Now MSI is introducing an upgraded model with support for up to a 9th-gen Intel Core i9 processor, NVIDIA GeForce RTX graphics, and up to a 4K display.

MSI plans to show off the new MSI P65 Creator Laptop at Computex next week, along with a bunch of new gaming laptops, desktops, and accessories. 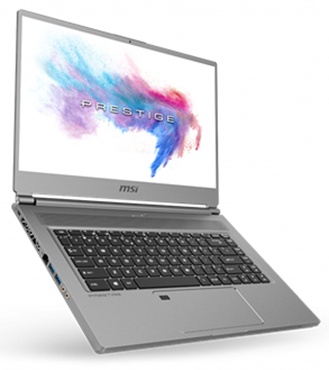 The company is targeting content creators who are looking for a portable computer for graphic design, 4K video editing, or 3D animation, among other things.

That said, the decision to use high-performance consumer chips rather than with NVIDIA Quadro chips or Intel processor with vPro is probably why NVIDIA isn’t calling this a mobile workstation.

The company hasn’t revealed detailed specs yet, but the new model seems to have a similar chassis to the previous-gen version, which measured about 0.7 inches thick and weighed about 4.1 pounds with a 82 Wh battery.

Other new MSI devices set to make an appearance at Computex include the MSI GT76 Titan, a gaming laptop with support for up to an Intel Core i9 octa-core desktop processor (thanks to a cooling system that features 4 fans and 11 heat pipes, the MSI GE65 Raider gaming laptop with a 240 Hz IPS display, and an updated MSI Trident Plus compact gaming desktop with support for NVIDIA GeForce RTX graphics.