Always-connected PCs with support for cellular data have been a thing for a while… and so have Windows computers with Qualcomm Snapdragon processors.

But Lenovo and Qualcomm’s new “Project Limitless” is the first portable computer with 5G connectivity baked in. It’s also the first with a Snapdragon 8cx 5G, Qualcomm’s most powerful mobile chip to date.

That said, there’s probably a reason this thing still has “project”in the name. While Lenovo and Qualcomm are unveiling the new laptop at Computex, it’s not expected to ship until early 2020. 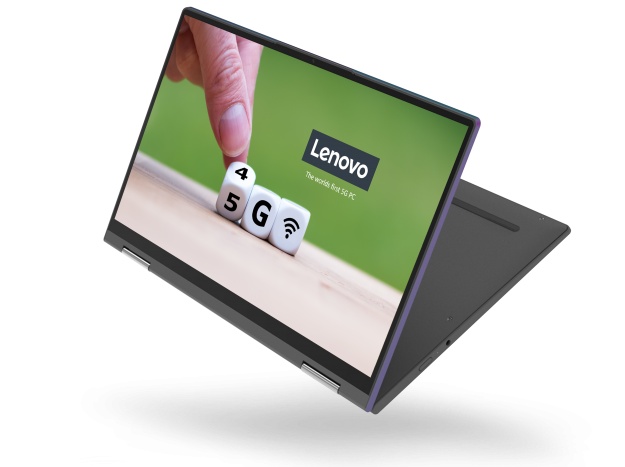 At this point, the companies aren’t sharing real-world performance details or other information about the laptop’s key specs.

It appears to be a thin and light convertible laptop with a 360 degree hinge. And Qualcomm notes that it’ll feature a Snapdragon X55 5G modem with support for 4G Cat 22 LTE as a fallback if you’re trying to get online in one of somewhere that 5G isn’t yet available.

Odds are that this laptop won’t be cheap — 5G hardware tends to demand a premium price, and it’s not entirely clear what, if any benefits, there are for consumers at this point. In the long run, 5G is going to enable more devices to get online with lower-latency, higher-speed connectivity. That’s important for things like self-driving cars and other IoT devices as well as data-hungry gadgets like smart TVs with 8K displays. The benefits are a little less clear for smartphones and laptops.

So I’m really most interested to find out how the Snapdragon 8cx 5G processor compares with the Snapdragon 850 and Snapdragon 835 in terms of Windows performance, because so far Windows on ARM has largely been underwhelming… offering Intel Atom-like performance at Core i7-like prices.

The good news is that initial benchmarks seem promising — xda-developers has some results showing a test system with a Snapdragon 8cx processor, outperforming a computer with an Intel Core i5-8250U processor in some tests, while trailing a little behind in others. It also scores higher in graphics texts. At the same time, the Snapdragon-powered system offers up to seven hours longer battery life while running apps or watching videos.

That said, real-world results have a way of differing from benchmarks, so we’ll probably have to wait until early next year to know how well Project Limitless really performs… and by that time it won’t be competing with computers with Intel Core i5-8250U chips, it’ll be going head-to-head with systems powered by Intel’s new 10nm Ice Lake processors.