Dell’s Inspiron line of laptops are typically entry-level and mid-range devices that often have decent specs, but lack some of the premium design and other features found in the higher-end Dell XPS line.

Now Dell is expanding its semi-premium Inspiron family with the introduction of a new Dell Inspiron 15 7000 series clamshell which is coming soon for $1000 and up.

It’s a 15.6 inch notebook with a metal body, support for up to 9th-gen Intel Core H octa-core processor and NVIDIA graphics, and it has a starting weight of just 3.5 pounds. 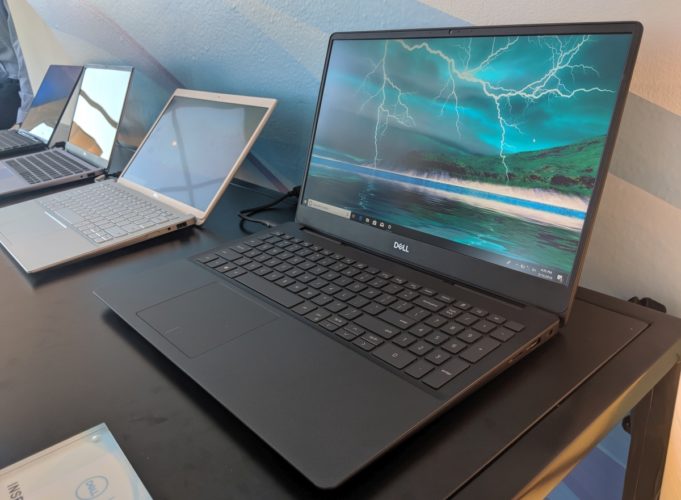 While the new laptop isn’t quite as sleek as the XPS 15 (it lacks the carbon fiber palm rest and doesn’t have an edge-to-edge glass display, for example), it offers a similar level of performance plus some distinct features including the fact that it weighs half a pound less and includes a numeric keypad.

Dell says the laptop is available with a choice of a 3-cell, 56 Whr battery or a 6-cell, 97 Whr batter — although you can only get the larger battery if you opt for a configuration without a hard drive.

That’s about it for the differences. Both models feature a Thunderbolt 3 port, three USB 3.1 Gen 1 Type-A ports, an HDMI 2.0 port, a 3.5mm audio jack, a microSD card reader and a power jack.

Both have 720p webcams crammed into the slim bezel above the display and feature dual array microphones and stereo speakers. And both support an optional fingerprint sensor built into the power button.

Here’s a run-down on the key spec options: