At first glance, the Asus Zenfone 6 looks like any other modern Android flagship phone. It has a big screen, slim bezels, and a Qualcomm Snapdragon 855 processor.

But there are three things that make the Zenfone 6 unusual. First, with a starting price of €499 (about $560), it’s cheaper than most similarly-specced phones. Second, it has a rather large 5,000 mAh battery. And third, the rear cameras also serve as the front-facing cameras… because the entire camera system can flip over 180 degrees so it faces the front of the phone.

The Asus Zenfone 6 goes on sale in the EU starting May 23rd. The phone is also expected to become available in the United States soon. 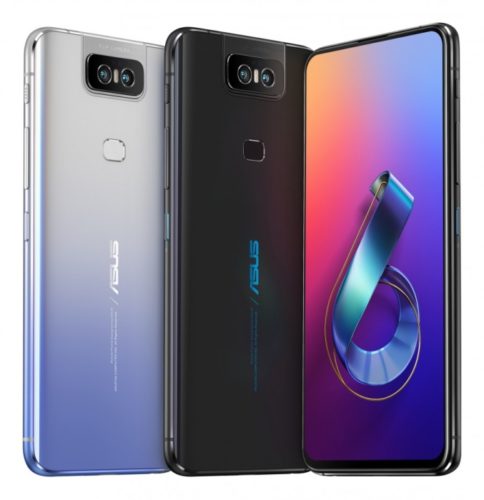 When you want to snap a selfie, the camera will flip to face the front of the phone. Engadget notes that the motor kicks in and automatically retracts the camera if the phone is in freefall to prevent damage if you drop the phone.

Since the camera is above the display when facing forward, it won’t cover the screen, which means there’s no notch and you can frame your shot using the screen as a viewfinder. 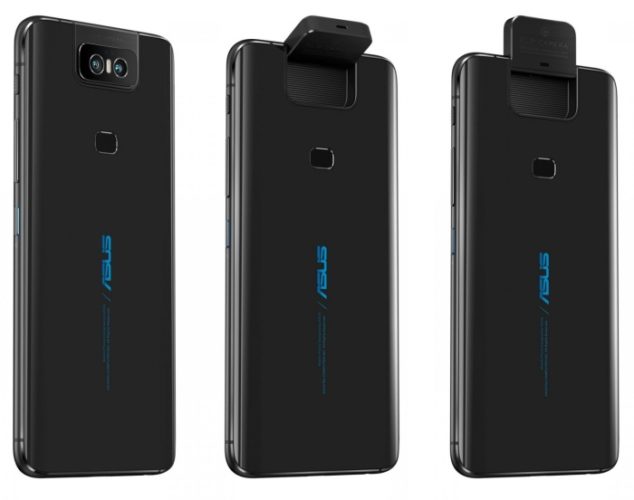 The phone features a 92 percent screen-to-body ratio and the screen is a 6.4 inch, FHD+ LCD display with support for HDR10. It supports up to 600 nits of brightness.

The Zenfone 6 has a USB Type-C port and a headphone jack as well as dual speakers. There’s also a microSD card slot plus dual SIM card slots.

Other features include an 18W charger, NFC, and a fingerprint sensor on the back of the phone.