Microsoft’s Windows Update utility automatically downloads… well, updates to Windows. Up until now that’s generally included security updates, bug fixes, and major feature updates including, most recently, the Windows 10 October 2018 Update… which hit a bit of a rough patch when it turned out that the update caused some users to lose files, prompting Microsoft to put pause the rollout of the update before re-releasing it in November… and December.

So it’s kind of a pleasant surprise to see that Microsoft is giving users more control over if and when major feature updates are installed moving forward.

There is one small catch though. 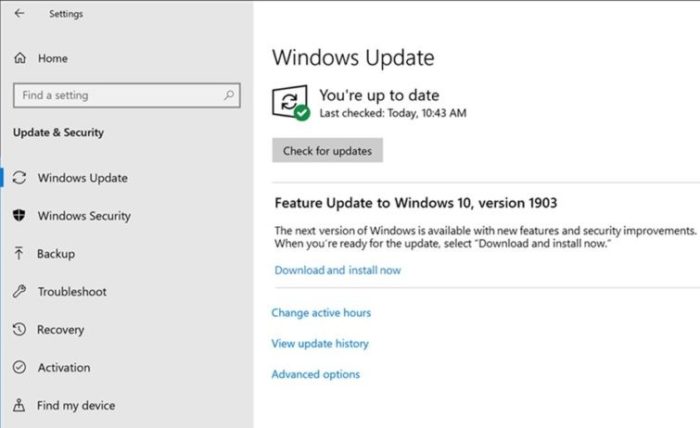 You can’t necessarily stick with your current build of Windows 10 forever. If the version of Windows 10 you’re using is about to reach the end of support (which usually happens around 18 months after release), Microsoft will automatically update you to the most recent version of the operating system.

But if installing feature updates every six months has made you feel like a glorified beta tester, it sound like you can now safely switch to only installing an update about once every year and a half or so.

Microsoft says it’ll notify you when a new feature update is available, but it’s up to you to click the “Download and install” button in the Windows Update utility, below the “Check for Updates” section.

The new Windows Update behavior is baked into the Windows 10 May 2019 Update, which is set to begin rolling out to end users next month. But Microsoft says it’ll also roll out to Windows 10 versions 1803 and 1809 by late May (those are the April 2018 Update and October 2018 Update, respectively).

Microsoft will also let users pause all updates, including monthly security updates for up to 35 days at a time. And there’s a new option to let Windows 10 detect your usage patterns to avoid automatically rebooting after an update when you’re likely to be using your computer.

The company is also trying to avoid a repeat of the October 2018 Update fiasco by spending more time testing the May 2019 along with members of the Windows Insider program before releasing it more widely. And the company plans to launch a new “Windows release health dashboard” this month with up-to-date information about known issues with monthly updates and feature updates. 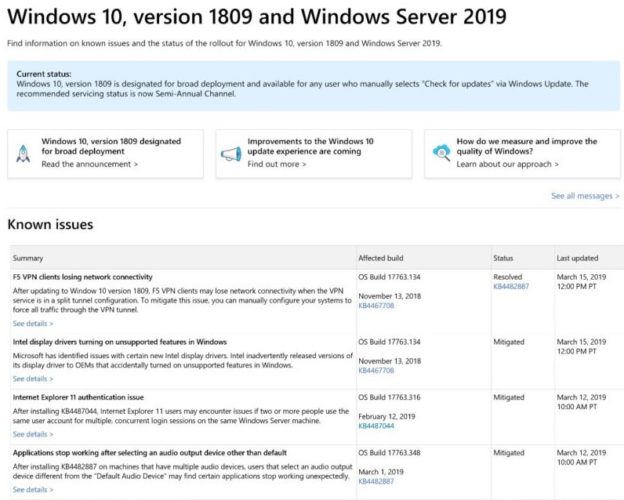 You can find more details at the Windows blog.