Free and open source racing game SuperTuxKart has been under development for nearly 12 years, and even longer than that if you take into account that it was a fork of the discontinued TuxKart. And for most of that time, it’s been a fun, playable game. So it’s a bit surprising that version 1.0 was just released this weekend.

But the update doesn’t just mean that SuperTuxKart 1.0 is relatively stable. It’s also an indication that this is a big update.

SuperTuxKart 1.0 includes new race tracks, new game modes, and a number of bug fixes and improvements. The biggest change, though, is support for multiplayer online gaming. 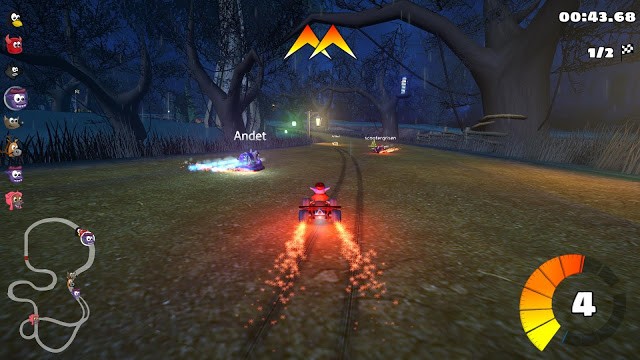 Players can create their own server or connect to an existing server to play with friends. There are also community servers that you can easily connect to if you want to play against a group of strangers. Some, but not all servers have rankings.

Note that you will need to create an account with a login and password for online play.

The developers say bandwidth usage isn’t very high, so if you have an internet connection with a 150 kbps upload speed, you shouldn’t have any trouble — as long as your ping is around 100ms, give or take.

SuperTuxKart 1.0 isn’t necessarily feature complete or 100 percent stable. But it’s a major update, which is why the developers decided to call it version 1.0 even though it was referred to as version 0.10 during development.

You can download the game for free from the SuperTuxkart website. It’s available for Linux, Windows, Mac, and Android. The screenshots below were taken on my Google Pixel 2 smartphone.